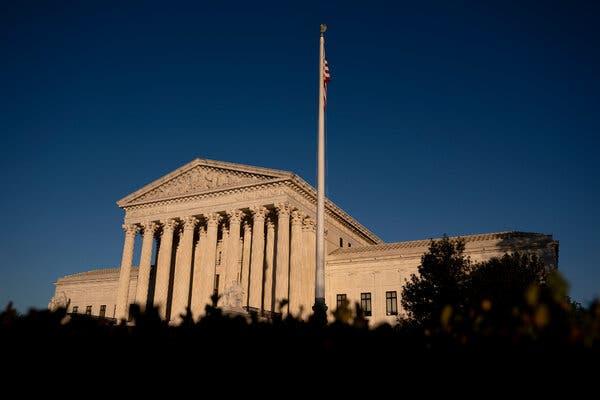 A Texas-sized mess may have just appeared but if you check the news you will not see much reference to it.

Yesterday, the Arizona supreme court refused to hear a Trump appeal, and the Nevada supreme court looks to be leaning against a similar case too. Those moves towards ‘game over’ for Trump got covered. The US Supreme Court heard the reply from Pennsylvania in the case over the constitutionality of voting by mail there, which basically did not deny the complaint but said “You really don’t want to open this constitutional can of worms”; and the Court then denied the call for emergency injunctive relief against certifying its election results. That ‘game over’ got covered too.

What did not get covered is that Texas filed a case with the Supreme Court against Georgia, Michigan, Pennsylvania, and Wisconsin calling for the election results to be overturned in those states, and for the constitutional remedy of returning the selection of electors to state legislatures, claiming:

As one election law expert put it, the US constitution is effectively a contract between the 50 states, including how their president is elected, and Texas is claiming other parties broke parts of that contract. Texas is apparently now supported by Alabama, Arkansas, Florida, Kentucky, Louisiana, Mississippi, Missouri, South Carolina, South Dakota, and Tennessee. Talk about a divided country. Perhaps not a surprise, the Supreme Court took the Texas case in expedited fashion, and has called for a response by 3PM Thursday.

Yes, it *is* a huge can of worms it is opening if it acts. Yet it is also a can of worms if it doesn’t act when Texas and other states claim:

“Our Country stands at an important crossroads. Either the Constitution matters and must be followed, even when some officials consider it inconvenient or out of date, or it is simply a piece of parchment on display at the National Archives. We ask the Court to choose the former.”

In short, this *might* be the most significant Supreme Court case since 2000, which notoriously decided the presidential election in Florida.

Of course, it does *not* mean the Court will rule for Texas – but them taking the case, rapidly, and calling for a response suggests they are taking it seriously. That is something the Twitterati were saying was inconceivable 24 hours ago. It could also explain why the Court denied emergency injunctive relief in Pennsylvania without dismissing the case: because the claim can be rolled into this larger one. We will soon get to hear what the Court has to say on the matter.

Markets don’t know how to price these kind of tail risks. They will ignore this right up until the last second: but if we get a surprise result, be ready for resulting surprises.

There is still no agreement on US fiscal stimulus. Day after day, week after week this rumbles on and yet we don’t see any of the reflationary cash injection being pumped into the real economy that markets are more than pricing for. Buy the rumor…and buy the assumption of the rumor, and don’t sell anything ever. USD continues to trade as if trillions are flowing: where are they?

Brexit is still on a knife-edge, with both encouraging and worrying signs in terms of the deal/no deal outcome. PM Johnson and the EU’s von der Leyen will have dinner tonight to see if they can thrash out an agreement that call after call has failed to achieve. Can they? Are they going to eat fish, and if so whose? When is the final, final deadline? Who will blink first? Is Boris just stalling to see what the Supreme Court is going to say so he knows what his trade Plan B is? (The UK is apparently already set to drop tariffs on the US it had imposed while a member.) GDP is up and down with all this news-flow.

Within the EU, the stand-off over the rule-of-law issue and the EU budget shows no signs of being resolved either. One side is saying “Don’t mess with Poland”, while the other is claiming legal and constitutional irregularities. No resolution means no EU budget, and no Covid-19 relief spending for Poland or Hungary (who may or may not also have to sit on the naughty step). Meanwhile, the Netherlands is likely going into deeper lockdown over Christmas, and France is considering a curfew (the virus notoriously being mainly nocturnal). Spelling out how gloriously reflationary this all is, in Portugal we have just seen bond yields turn negative for the first time. EUR doesn’t seem to mind too much overall.

Further, China also just saw a surprise negative CPI print of -0.5% y/y (flat was the consensus), while PPI was higher than expected within its usual deflationary territory at -1.5%. Deflation on the high street as well as the factory gate was of course the cue for the market to push CNH under 6.50, which will be even more deflationary for China. Joining the dots the Twitterati don’t, let’s wait and see what the PBOC *and* the US Supreme Court say before pushing that rally too much further, eh?