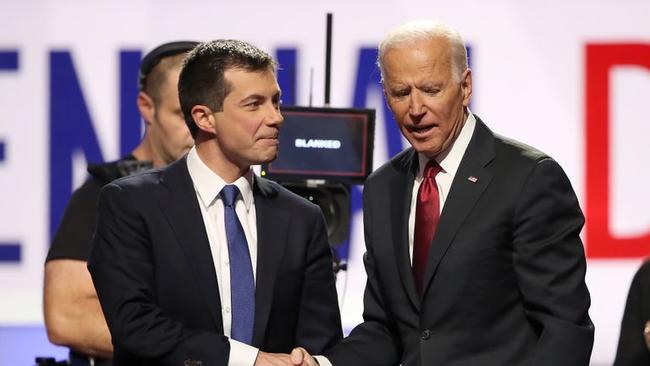 
Mayor Pete to take on China? President-elect Joe Biden is said to be mulling an appointment to one of America’s most crucial diplomatic posts, US Ambassador to China.

Sources told Axios that the one-time Biden rival for the Democratic nomination Buttigieg “played a key role in Biden’s nomination” after dropping out and campaigning for him (following a surprisingly strong performance that included winning the Iowa caucuses) and this would pave the way for bolstering him as a rising Democratic star and potential future president.

“Letting him deepen his foreign policy chops could boost Buttigieg’s future, since many inside the Democratic Party believe his return as a presidential candidate is a matter of when, not if,” Axios writes.

The 38-year old former mayor of South Bend, and Afghan war veteran and former US Navy Reserve intelligence officer has reportedly been vying to be Biden’s ambassador to the United Nations, but is said to be happy with any top foreign policy or national security role in the new administration.

Notes Axios further of the significance should Buttigieg be confirmed for the top China job: “The Beijing post has often gone to experienced politicians, toward the middle or end of their careers, as a way to confer respect to the Chinese.”

An “experienced politician” Buttigieg is not, at least not on a global stage – though he has prior military intelligence experience.

He’s faced accusations of at one point in his military deployments being on the CIA’s payroll, something the Buttigieg team has come out and expressly denied…

In light of the reported soon-to-be appointment of Pete Buttigieg to the position of US ambassador to China, here’s my investigative report exposing his ties to the CIA. Thanks Biden https://t.co/Bu3tSlxoVy

But it remains that “A Buttigieg nomination would invert that model and give the Chinese an opportunity to get to know a potential future president,” as Axios comments further. “That happened with George H.W. Bush in 1974, when President Ford appointed him to the U.S. liaison office in Beijing.”

Biden has vowed to get “tough” on China, signaling he could continue some of Trump’s hawkish and max pressure policies; however, Sino-US relations are at an historic low at a moment Trump is looking to “box-in” the Biden administration, limiting its ability to pursue its own independent policy.