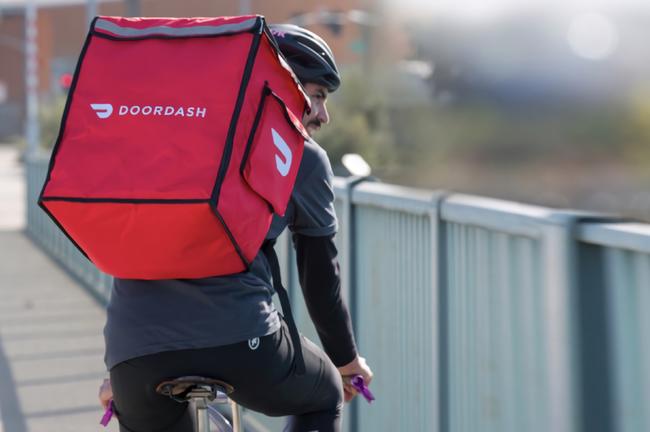 
Ahead of their IPOs this week, Airbnb and DoorDash are now seemingly taking turns hiking the debut price range for their respective IPOs, as year-end deal frenzy hits a fever pitch .

Early this morning, Tesla announced plans for another $5BN “at the money” offering of new shares. When shares erased their selloff and traded higher, it offered the latest confirmation that the market’s appetite remains as robust as ever.

DoorDash has acknowledged in the section of its S-1 where it addresses long term risks that there’s a chance it might never be profitable, as the economics of third-party food delivery.

Now, DoorDash is reportedly expecting to price shares at the IPO at about $102 apiece, according to WSJ.

The price will increase DoorDash’s take during the offering to $3.4BN, roughly $400MM more than before, bringing its post offering valuation to $39BN, if all goes according to plan.

On a fully diluted the company’s valuation could draw very close to $40BN.

According to WSJ’s sources, DoorDash’s roadshow, which began last week, elicited strong interest from investors who have shown a strong interest in the offering, prompting the company to boost the price range from an initial $75 to $85 a share.

During Q2, DoorDash booked a profit of $23MM on $675MM in revenue, though it reverted to a net loss the next quarter even as revenue jumped to $879MM.

CNBC confirmed the report while several of its reporters debated the merits of such a frothy valuation for the startup that has seen its market share in the US surge to roughly 50% of the entire market. However, profits have remained difficult to come by.

Earlier,Rahul Vohra, tech investor, founder and CEO of subscription email app Superhuman, appeared on “the Closing Bell” to sing DoorDash’s praises as one of the best gig economy apps out there (per Vohra), who pointed out that the company is growing far faster than already-public rival GrubHub.

WSJ also explains how both DoorDash and Airbnb are embracing a more innovative approach to gauging interest and doling out allocations. Both companies are asking investors in the IPO (mostly institutions and some wealthy individuals) to input stock orders through a computerized system in which they outline the number of shares they are seeking and at what price. Investors have the option to indicate how much they are willing to buy at various price points. Typically, the syndicate banks managing the IPO play the critical role in setting the price. But this new strategy will give both companies more control.

Typically a quiet month for IPOs, December is shaping up to be a frenzied finish to what has already been a gangbusters year for deals. Already, more than $140BN has been raised in via IPOs on US exchanges, a number that far exceeds the previous full-year record high set at the height of the dot-com boom in 1999.

Unfortunately for beleaguered IBD analysts, management is cutting short Christmas breaks and pressuring them to pull longer hours than usual during the holiday, despite rumors about steep cuts to the bonus pool, as banks shift more capital toward loan loss provisions despite a surprisingly strong year in terms of revenue and profits from sales and trading and other investment banking activities.