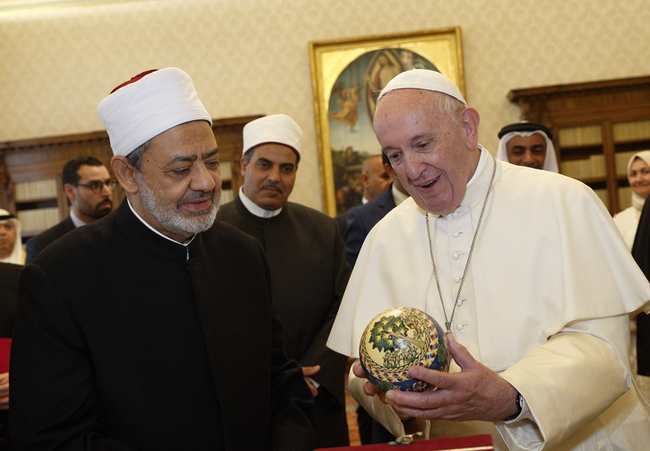 
The Vatican has announced that Pope Francis plans to break his 15-month hiatus from international travel, a delay which was also largely to blame on the coronavirus pandemic, by visiting Iraq in the Spring of 2021.

It’s being widely reported as a surprising and “risky” trip given the tense security situation there, also as COVID-19 infections spike globally. It’s planned for March 5-8.

According to the official announcement Monday, “He will visit Baghdad, the plain of Ur, linked to the memory of Abraham, the city of Erbil, as well as Mosul and Qaraqosh in the plain of Nineveh,” said the Vatican Press Office.

This was prompted by both an Iraqi government invitation and the desire of the local Catholic Church, represented in the Chaldean church. It’s expected that Pope Frances could during the trip declare ‘new martyrs’ or saints who were the victims of what’s remembered as the 2010 Baghdad Church Massacre.

During that al-Qaeda linked attack 58 Chaldean Catholics were killed after an hours-long hostage standoff in a Baghdad church. Over 100 churches and monasteries throughout the country were attacked in terrorist incidents during the US-occupation period.

The as yet unpublished Pope’s itinerary for the Iraq visit will “take into consideration the evolution of the worldwide health emergency.” He’ll be the first Pope to ever visit the country.

Pope Francis will travel to Iraq in March 2021.

He will be the first pope to ever visit the country, which is still recovering from the devastation inflicted by the Islamic State. https://t.co/l0KBWqdtJd

He’s expected to emphasize that the ancient Christian presence in Iraq remains essential. Before the US invasion of Iraq to remove Saddam Hussein in 2003, there were an estimated one million to up to 1.4 million Christians in the country, mostly Catholic and Orthodox.

During 2014 through 2016 ISIS also drove many Christians out of the Nineveh Plains region near Mosul. While many families have returned to their villages in the area, the bulk either went to other cities in Iraq like Erbil or Baghdad, but many fled the country altogether.

Mosul also once had a sizeable minority Christian presence of 100,000 or more, but in the past years has been completely liquidated of Christians.