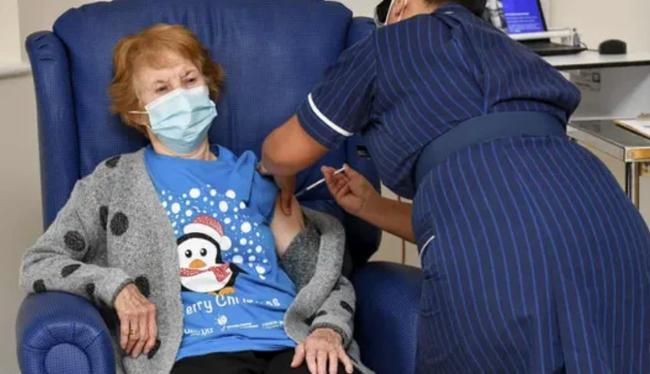 Why are so many tech stocks defying financial gravity? Tesla, Airbnb, Palantir, Virgin Galactic and others…

(One moment this morning for Chuck Yeager…)

The UK headlines this morning are all about a lovely 90-year old lady in Coventry becoming the first person to be vaccinated against Covid. Ah, bless. Let’s not distract ourselves from the good news, worry about the crisis in the Brexit negotiations, or the fact infections are swelling across California triggering a mass lockdown. According to the stock market momentum, there is – apparently – absolutely nothing to worry about…

There never is… right up to the moment the Iceberg appears on the starboard bow….

Despite my many years in markets I’ve never seen a Christmas bubble pop. Normally, the last three weeks into the end-of-year holidays are very, very quiet from a business perspective. It’s party time. One year I managed a proper lunch every single day in December – putting on multiple kilos. Most nights I was at drinks parties! Ah happy days… my cardiac consultant made a fortune.

This year is, and feels, very different. We’re all very aware how Central Banks are backstopping Markets through ongoing ultra-low rates and monetary policy like QE Infinity, and that government’s stand ready to provide further stimulus to get us over the pre-vaccine effectiveness darkness before the dawn.

But, I’ve never sensed such a bizarre sense of FOMO driving the market. That’s evident in the headlines about day-trading sites like RobinHood crashing due to volume, and yet more noisy You-Tube proclamations from former taxi-drivers about markets never heading lower, and the extraordinary gains to be made in their favourite stocks. It becomes self-fulfilling. Their momentum is driving the market – and it all makes very little sense with the end of the pandemic support phase in sight next spring.

The moment central banks and governments take their feet off the accelerator is the moment the markets will wobble. That little old lady getting a jab this morning is a sure signal that moment is coming.

But for now it’s that insane Fear-Of-Missing-Out momentum that is driving belief in certain “story” stocks. Its looking extremely bubblicious. As a said – I’ve never seen a bubble pop over Christmas – and I suspect it won’t as the holiday momentum attracts in the ever greater fools who will be left holding the metaphorical cold turkey come January.

One stock that got me thinking is Airbnb – which IPOs this week. Despite the virus, investors are anticipating a bumper 2021 for Airbnb as repressed travel kicks off again – the deal is now being priced with a valuation of $42bln. Wowser, but? Bear in mind, while many people do go and hire someone else’s house for their vacations, even more still go looking for a cheap 2 weeks in the Sun on a package tour. There was a time when these firms made lots of money – but competition and then the virus means these same mass market holiday firms are going bust at a rate of knots. Remind me why Airbnb is different?

The belief in improbable profits tomorrow (always tomorrow) shows no sign of fading.

Tesla is up over 15% in the last week – there are rumours of another stock split (on Motley Fool) which would have the effect of persuading yet more greater fools it’s a more affordable buy, which is just more cosmetic lipstick on the pig. Just like its inclusion in the S&P 500 index. Next year, the Telsa punters reckon it will soar higher on inclusion on the Dow.

Fantastic – except, nothing changes the actual real fundamentals facing Tesla: selling cars in an increasingly competitive market, cutting costs as lithium rises, and actually delivering all its promises on, numbers, self-driving etc. (And btw – we’re currently looking at the installation of Solar Panels and Batteries as part of our house rebuild and not one of the firms responding to our RFP has recommended the Tesla package.) It still hasn’t made a penny profit actually selling cars.

Writing about Tesla is the market strategist’s equivalent of being sent into a war-zone. You need big shoulders and a flak-jacket to avoid the grenades that will be thrown if you dare to question the sacred beliefs of the Tesla Jihadis. Now that Tesla has become part of the S&P, every index tracker will become a holder. A wider and more conservative holding base may cause more investors to start questioning the assumptions made about the stock, and the frankly absurd beliefs that underly its current valuation.

I am very familiar with Palantir – Lord of the Rings remains a favourite read, and naming the company after the “seeing stones of Gondor” was a clever allusion to how understanding big data helps perceive the real picture. But, the company has been struggling to turn a meaningful profit after 17-years, meaning it’s not exactly the “innovative, disruptive generator of new future value” that one analyst described.

A 40x projected revenues valuation is modest compared to the levels the other, younger Software-as-a-service stocks are trading, but yesterday’s 23% gain on news of a rather modest $44mm government contract (where it garners the bulk of its revenues already) is hardly a paradigm shift. Palantir stock has doubled in a month. Following its IPO in September nothing has really happened to change the stock fundamentals – except all the insiders have been able to ditch their holdings. Yet its price has doubled..? What am I missing?

Or, strangest of all, Virgin Galactic, which (unlike its actual spacecraft) soared higher on the news it might actually fly the space plane. The market soared anticipating a successful flight… without any real consideration of what a space tourism business is actually really worth.

Funnily enough, its Elon Musk who has highlighted the real possibilities of commercial space flights – there are something like 17,000 satellites likely to be launched into Low Earth Orbit in the next 10-years. SpaceX would have been well placed to seize much of that highly lucrative market, but will become a buyer itself to launch its own 12,000 Starlink high-speed internet satellites. (That’s a story for another day.)

While I’m scribbling about Space, I should mention one of the deals I’m leading in our Alternative Investment Business – funding Private Debt and Private Equity deals:

I have a stand-out VC opportunity in the Satellite launch space: We’re working with a firm with the ability and authorisations to commercialise US Military Tech to become the world’s leading space horizontal launch capability operation, seizing a significant share of the launch market. Not only does it have US and UK support, but will attract investment from the Scottish Government. Based out of Scotland, this new deal will provide the UK with a national space capability the recent defence funding increase called for, plus huge commercial opportunities with upwards of 4x returns! (Email or call for details..)

Or, you could go and buy Galactic Stocks instead, and lob a few tourists into space on an occasional basis… (And yes, I will be happy to contrast what our deal does in terms of what Virgin Orbit does not!)

Why is the market so invested in improbable stories?

There are a host of names in the Bubble zone. I suspect a couple will quietly pop, but when a big one goes, or the market redirects itself, then… who knows… No one wants to be the ultimate Greater Fool.

This is the last week of this year’s charity appeal – raising money for Walking With The Wounded, helping ex-military with mental health issues. My wife and I are Team Morning Porridge. Please read about the charity and make a donation.