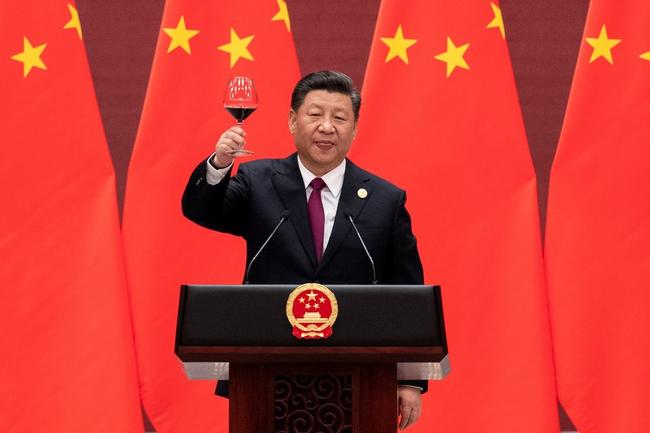 During the Cold War, the Third World was a superpower battleground, as the U.S. and Soviet Union jockeyed for position across the globe. Today, the developing regions are once again an arena for rivalry, this time between the U.S. and China.

As the President Donald Trump era ends, Washington seems, somewhat fortuitously, to have mostly avoided the danger that China might divide it from other advanced democracies in Europe and the Asia-Pacific. Yet the struggle for the Third World is only beginning, and Beijing possesses sizable advantages as well as vast ambitions.

If the global periphery is moving to the center of the U.S.-China rivalry, that’s partially because the status of the democratic core is no longer as precarious as it was only recently. As late as 2019 and even the beginning of 2020, the combination of Chinese economic leverage and self-destructive U.S. behavior under Trump threatened to drive deep wedges in the Western world. It seemed possible that large swaths of Europe might opt for neutrality between America and China, or even become technologically dependent on Beijing. That danger hasn’t vanished, but it has become less acute.

By deepening its domestic repression, pressuring a democratic Taiwan, and coercing countries that criticized or resisted the Chinese Communist Party, Beijing created a wave of diplomatic blowback. China’s favorability ratings have plummeted in Europe and East Asia, and the European Union has labeled it a “systemic rival.” More and more advanced democracies have opted, implicitly or explicitly, to avoid using the Chinese telecommunications giant Huawei in their critical digital infrastructure.

The providential irony of the Trump era is that a presidency often characterized by efforts to fragment the democratic world is ending with the gradual creation of a democratic coalition to resist Chinese influence.

Unfortunately, the situation is different in the developing regions, namely Central and Southeast Asia, Africa, the Middle East and Latin America. During the Cold War, the Third World was a strategic vulnerability for the U.S., because the blend of ideological radicalism, post-colonial ferment and economic underdevelopment made these regions receptive to communist influence.

Conditions have changed enormously, and the term “Third World” has fallen out of favor. (“Developing countries” or “emerging markets” are often the preferred nomenclature, even though those labels obscure vast differences in current status and future prospects.) But the nations of these regions still constitute a challenging strategic landscape for Washington.

Generally speaking, these countries are less developed than U.S. treaty allies in Europe and the Asia-Pacific, which makes the offer of Chinese loans (even predatory ones) or low-cost digital infrastructure more attractive. Democratic governance is less robust, and political corruption is more prevalent in the former Third World than in the West, creating entry points for Chinese influence.

Thanks to their historical experience of colonialism and foreign intervention (sometimes at the hands of Washington), developing nations tend to favor the norm of nonintervention in the internal affairs of other states, and are less inclined to condemn the authoritarian abuses of the Chinese Communist Party. The quest for influence in the global south is thus at the heart of Beijing’s geopolitical strategy.

Because Third World countries are so numerous, their support is crucial in Beijing’s effort to control or coopt international bodies from the United Nations Human Rights Council to the International Telecommunications Union. These institutions may not sound like strategic prizes, but they play a crucial role in setting the norms and standards of the global system.

Similarly, the Belt and Road Initiative aims to weave economic, diplomatic, technological and eventually military ties connecting China to much of the developing world. From Beijing’s perspective, building a sphere of influence in the global south is a path to achieving geopolitical parity with the U.S.

U.S. officials appreciate the danger. During the Trump years, high-ranking officials including Secretary of State Rex Tillerson and National Security Adviser John Bolton publicly described the perils of neo-imperialism with Chinese characteristics. The creation of the U.S. International Development Finance Corporation represents an initial response to China’s global economic offensive. Other leading democracies, such as Australia and Japan, have deepened their own engagement with the countries of the South Pacific and Southeast Asia.

Yet Chinese loans and infrastructure projects crisscross the globe, the Digital Silk Road is drawing countries into Beijing’s technological embrace, and Beijing’s diplomatic influence is still expanding rather than contracting.

For the foreseeable future, China’s Third World challenge will be a strategic reality, one that requires a concerted and creative response.

Enhanced U.S. coordination with Japan, Australia and the EU would allow leading democracies to more strategically deploy their combined resources to strengthen Third World growth and infrastructure. A democratic tech coalition geared toward facilitating and financing the adoption of non-Chinese telecommunications technology, for example, would reduce the allure of devil’s bargains with Huawei and its 5G network.

Covid-19, meanwhile, offers an opportunity to unveil a generous program for vaccine distribution in the developing regions, something that would be a moral good, as well as a way of offsetting the vaccine diplomacy that Beijing is already practicing.

Over time, Washington and its allies should also emphasize good governance and democratic reform in the developing world, because progress in that area will make it harder for China to cut deals with autocratic or kleptocratic leaders. And while promoting positive engagement is the best guarantee of U.S. influence, Washington and its friends should also highlight — whether publicly or quietly — the more exploitive aspects of Beijing’s behavior in the global south, from resource extraction, to the promotion of illiberal rulers, to a standoffish approach to debt relief.

The U.S. mostly has President Xi Jinping to thank for the world’s major democracies becoming more aligned in their views of the Chinese challenge. Yet the geography of great-power competition is shifting, and succeeding in the developing world will require more than good luck.