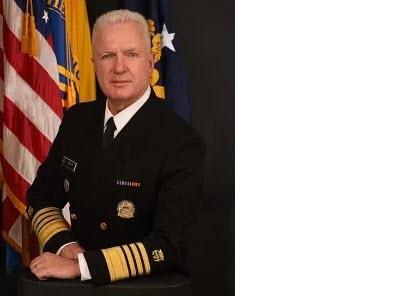 Just before I was interviewed today on Fox about ongoing challenges to shutdown orders, Admiral Brett Giroir was interviewed and gave what must have been welcomed views on the science behind pandemic orders. A hearing is scheduled tomorrow in one of the challenges by businesses in California to the lockdown ordered by Governor Gavin Newsom.  Giroir however stated that there was no evidence or science supporting the type of categorical lockdown in states like California, particularly bans on outdoor dining. The statement presents a potential conflict with Dr. Anthony Fauci. It certainly contradicts the common narrative in the media and the recent election. Giroir is a widely respected public health expert who has reinforced a calm and science-based approach to the White House Coronavirus Task Force.

As I discussed, courts have been applying greater scrutiny to these pandemic orders. The initial deference afforded to pandemic order tends to wane with time. The first such shift came predictably with challenges based on the contravention of constitutional rights, particularly the free exercise of religion under the First Amendment. Such challenges have the advantage of the higher standard of strict scrutiny.

Now, however, there are renewed challenges for businesses under the lower standard of the rational basis test.

This is due to the contradiction of some orders with known science or data on transmission rates and sources.

For example, through the election, Democrats suggested that President Donald Trump was effectively trying to kill children by pushing to reopen schools, including Washington Post columnist Jennifer Rubin. Rubin has previously shown a disregard of the factual foundation for her allegations. Yet, Democrats have maintained until recently that schools must be closed due to the high risk of transmission despite growing scientific evidence to the contrary.

Ads running before the election cited Dr. Fauci in saying that opening schools was putting the lives of children at risk for political reasons:

Recently, Mayor diBlasio reversed his order to close New York schools after criticism over the lack of scientific support for the policy. Indeed, it contradicts the long-standing findings of health organizations that young children show an exceptionally low risk for contracting or passing Covid-19.  There are also studies showing the high cost of lockdown from massive economic losses to spikes in suicide to increasing medical (non-Covid-19) emergencies.

Thankfully, courts tend to be more attentive to the factual foundation of their own conclusions.  At most, they will find a mixed scientific record supporting the categorical bans.

Notably, Dr. Anthony Fauci, said publicly that he supported the new lockdowns in California. However, Giroir referenced Fauci and the other Task Force members in saying that they have not seen “any data that says you need to shutdown outdoor dining or outdoor bars.” He said that the science does not support such categorical lockdowns, explaining

…Whatever the expression is, throwing the baby out with the bathwater, I think we could be causing a lot more harm by overly restrictive recommendations that are not supported by the science,” he said. “What I am saying is the evidence clearly does not support limitations on things like outdoor dining particularly that are spaced, outdoor bars — the evidence just isn’t there. . . Shutting down completely, particularly if you don’t have evidence, can be counterproductive.”

That is likely to be featured prominently in these increasing challenges to blanket shutdown orders.  State and local officials will still be afforded deference but the science on some of these limitations can now be challenged. The best bet for governors is still the rational basis test which ordinarily presents an easy standard to satisfy.

However, the call “follow the science” may not be a clearly supportive in some of these cases. There now appears to be significant science-based arguments that can be raised in opposing to sweeping lockdowns. If a court is presented with science on both sides, the advantage still rests with the states and their pandemic orders. They will have to offer a rational basis for why such lockdowns are needed. That might include reducing the travel of parents with their children to schools and the need for significant numbers of adults to support school operations, including obviously the teachers.  In such a balancing, statements by experts like Admiral Giroir will likely to be raised and considered by courts.