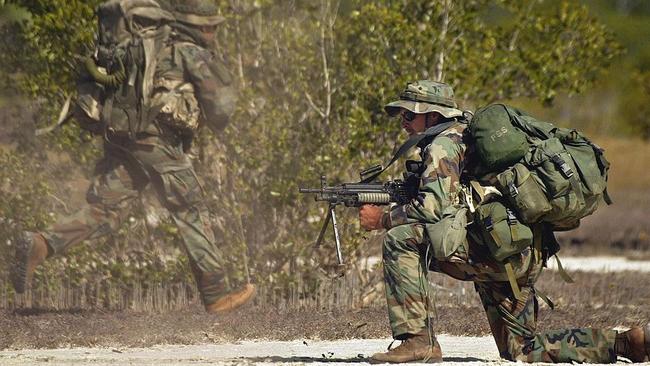 
President Trump has ordered the immediate withdrawal of the “majority” of American troops from Somalia, according to a Pentagon announcement made Friday. There’s an estimated 700 troops currently inside the country.

“The President of the United States has ordered the Department of Defense and the United States Africa Command to reposition the majority of personnel and assets out of Somalia by early 2021,” the Pentagon said.

The statement indicated that “some forces may be reassigned outside of East Africa,” however remaining troops are expected to go elsewhere within Africa Command (AFRICOM) to “allow cross-border operations”. This is parallel to how the draw down from Germany is envisioned – some troops coming home to US soil with others stationed elsewhere in Europe.

The American public might be forgiven for never knowing there are American troops and bases in Somalia in the first place.

After all, the war-torn country in the Horn of Africa only sporadically hits the news when things go horribly wrong, such as with major pirate attacks on tankers in the Gulf of Aden, or last month’s death of a CIA officer reportedly during a raid on a suspected al-Shabaab bomb-maker, and then there’s the disastrous ‘Black Hawk Down’ 1993 mission wherein 18 American soldiers were killed.

US forces are there ostensibly to help train national Somali security forces, and to conduct covert raids and drone warfare against local and regional terrorists like al-Shabab. In 2019 alone, for example, the Trump administration conducted an unprecedented 63 airstrikes in Somalia.

Trump is attempting a last-ditch effort to “bring our troops home” – something he emphasized heavily on the campaign trail. However, something like a full Syria pull-out would be seen as more significant, given that this theatre presents the greater potential for US entering a major regional war.