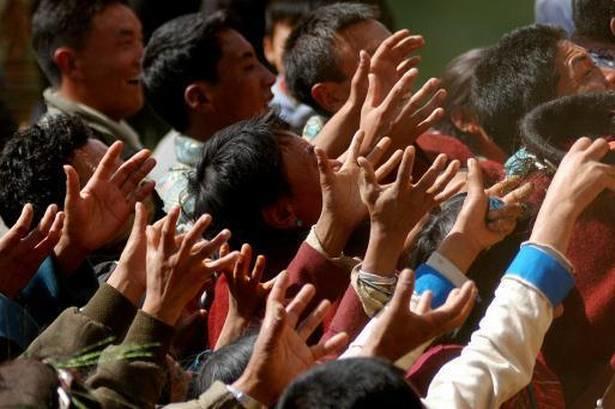 
While 2020 could be one for the record books, the UN is out with a new warning that a humanitarian catastrophe could be setting up for 2021.

Beasley said a humanitarian catastrophe is developing with some 270 million people on the pathway towards “starvation.”

“2021 is literally going to be catastrophic, based on what we’re seeing at this stage in the game … because we’ve spent $19 trillion, that money may not, and will not most likely be available for 2021,” he said.

He added, “We’re now looking literally at 2021 being the worst humanitarian crisis year since the beginning of the United Nations, and we’re going to have to step up.”

Beasley said the virus pandemic and resulting government lockdowns are disrupting supply chains and the global economy – stating the “cure could be worse than the disease because of the economic ripple effect.”  He also said “man-made conflicts” were adding to the ongoing humanitarian challenges in the world, specifically mentioning Syria, Yemen, and South Sudan.

“We’ve got to end some of these wars. We’ve got to bring these wars to an end, so we can achieve the sustainable development goals that we so desire,” he said, dubbing the conflicts, health crisis and looming famine as “icebergs in front of the Titanic.”

Beasley was out with a similar warning in August. Back then, he requested billions of dollars in humanitarian aid to avert a “famine of biblical proportions” that would threaten most of the world.

The dramatic rise in the number of people who don’t have the means to feed themselves because of depressionary unemployment, supply chain breakdowns, and crop failures have been some of the catalysts this year that could spark a global hunger crisis as early as next year.

Even in the US, a developed world economy, food insecurity is soaring as tens of millions are unemployed, broke, and now lining up at food banks during the holiday season.

In a separate food insecurity report from June, the UN secretary-general, Antonio Guterres, warned the world is on the brink of the worst food crisis ever witnessed in the post-World War II era.

FAO said in a release that the “pandemic exacerbating and intensifying already fragile conditions caused by conflicts, pests, and weather shocks, including recent hurricanes in Central America and floods in Africa.”

Besides soaring food prices, the global economy is slumping once more.

And if that wasn’t enough, a natural weather phenomenon called La Nina, which we described in September, is disrupting the global agriculture industry, causing dry weather in some regions and heavy rainfall in others, lowering crop yields and driving up spot prices of food.

While central banks have printed trillions of dollars in bailing out financial markets – the one thing they cannot do is print food – the world is likely on the verge of a massive humanitarian crisis.