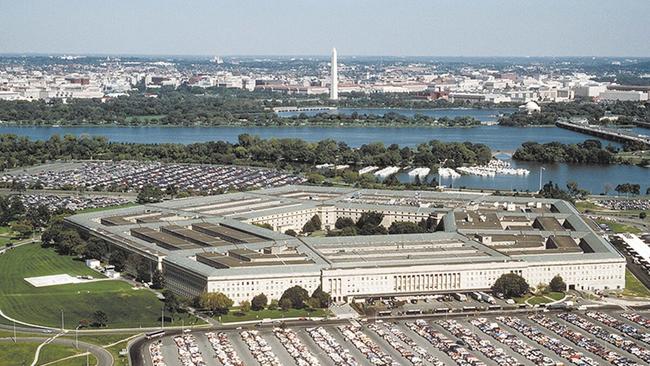 
Politico reports on Friday what appears to be the Trump admin’s final house cleaning of Pentagon top civilian ranks.

Multiple members of the Defense Business Board, the members of which are appointed annually by the Secretary of Defense to help streamline interaction with the defense private sector, were notified by White House email that they have been unexpectedly terminated.

Two former board members described it as Trump’s final “clean out” of Pentagon leadership during the remaining few weeks of his term.

Members of the board received a brief email from Joshua Whitehouse, the White House liaison to the Department of Defense, that simply said, “if you are receiving this e-mail, your membership on the Defense Business Board has expired or is coming to an end.”

“This e-mail serves as notice that we will be nominating new board members,” the notice continued. “We appreciate your service to the Department and your country.”

The now fired board members said they had no heads-up or warning whatsoever of the impending action. The email notification came seemingly out of nowhere.

“A number of board members have been terminated with a form letter. In my experience, I was very surprised that the White House would, at the eleventh hour, adjust an advisory board that for 19 years has had a record of nonpartisan support with the department,” the until today board chairman Michael Bayer, described to Politico.

“This kind of a move really will weigh heavily on people on the future and their willingness to serve on these outside advisory boards if they’re going to be subjected to political loyalty test. It’s unprecedented. I’m just saddened,” Bayer added.

A wise person would not do this over-the-shoulder shot while exiting the door. Shows smallness.
Pentagon fires business advisory board members in latest purge https://t.co/zVhzjbT0q0 via @politico

It comes after a spate of top resignations and firings which began during election week, even as votes were being tallied, and led to the biggest but not unexpected sacking of prior Defense Secretary Mark Esper. Last week nearly a dozen big names including former Secretaries of State Henry Kissinger and Madeleine Albright and former House Majority Leader Eric Cantor were pushed out of a similar civilian leadership council called the Defense Policy Board.

The dramatic sudden removals also come as the White House ramps up pressure on both China and Iran down to the very last weeks and days ahead of Biden’s inauguration on January 20.