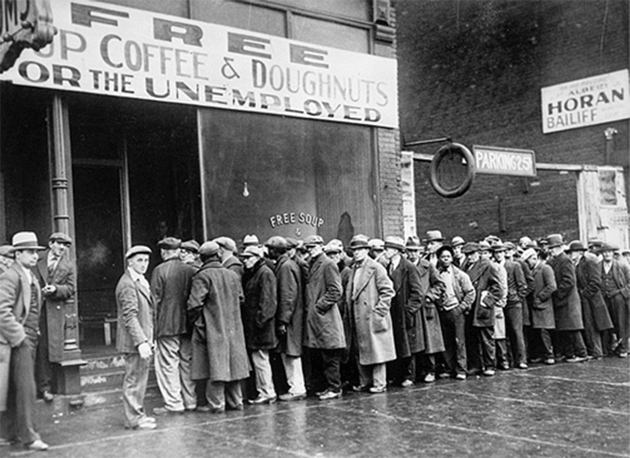 
Authored by John Mauldin via MauldinEconomics.com,

In 2010, the scientific journal Nature published a collection of opinions looking ahead 10 years, i.e., where we are right now.

Nature then published a short response from zoologist Peter Turchin in its February 2010 issue.

Quantitative historical analysis reveals that complex human societies are affected by recurrent — and predictable — waves of political instability (P. Turchin and S. A. Nefedov Secular Cycles Princeton Univ. Press; 2009). In the United States, we have stagnating or declining real wages, a growing gap between rich and poor, overproduction of young graduates with advanced degrees, and exploding public debt. These seemingly disparate social indicators are actually related to each other dynamically. They all experienced turning points during the 1970s. Historically, such developments have served as leading indicators of looming political instability.

Very long “secular cycles” interact with shorter-term processes. In the United States, 50-year instability spikes occurred around 1870, 1920 and 1970, so another could be due around 2020.

We are also entering a dip in the so-called Kondratiev wave, which traces 40- to 60-year economic-growth cycles. This could mean that future recessions will be severe.

In addition, the next decade will see a rapid growth in the number of people in their 20s, like the youth bulge that accompanied the turbulence of the 1960s and 1970s.

All these cycles look set to peak in the years around 2020.

Again, that was from 2010. Right on schedule, we are experiencing the “instability spike” Turchin says tends to come along every 50 years.

Why 50 years? It relates to the human lifespan.

Consider who was “in charge” during the period around 1970. Baby Boomers were all 25 or younger at the time. Managing the chaos fell on older generations, who remembered it well and spent the rest of their lives trying to prevent more of it.

But after 50 years or so, they are mostly gone. We who remain must learn the lesson again.

I’ve talked before about Neil Howe’s “Fourth Turning” idea, and George Friedman’s geopolitical cycles, both of which are peaking in this decade.

Interestingly, Friedman also sees a different geopolitical 50-year cycle playing out in the mid to late ’20s. This overlaps with his 80-year geopolitical cycle for the first time. The mid- to late ’20s should see the climax of Neil Howe’s Fourth Turning.

Now we see Peter Turchin postulating a similar time frame for different reasons. None of them, to my knowledge, expected the pandemic we are now experiencing. What is its effect?

Well, we know the pandemic triggered a recession that may, before it’s over, rival the Great Depression. For millions of Americans, it is not just something they read about. They feel it.

The 2020 equivalent is happening in my former hometown Dallas. This photo from November brought a tear to my eye.

We do see progress was made between these images. The people obviously have cars and fuel. Those were elite luxuries in 1931. Some of these people may be educated and intelligent, but they’re not elites.

Actual elites don’t have to wait in line for food. They call Whole Foods or DoorDash and have it delivered.

The problem, borrowing Turchin’s framework, is that some thought they were elites. Even if they didn’t exactly think of themselves as elite, they did enjoy the benefits of good jobs. At least, until recently.

This year took away that illusion, and they’re naturally disappointed. They may join the “counter-elites” and seek more power.

This is where we are. The hard times we’ve long anticipated are here. That 1931 soup kitchen photo was just the beginning of a long, dark period. It got a lot worse.

Pay attention when you see multiple smart people reaching similar conclusions for different reasons. We are now at Turchin calls the final stage, when elites try to pacify the masses with bread and circuses. Doing so racks up the debt and suppresses economic growth.

Debt is accumulating faster than I expected, so The Great Reset may happen sooner than I expected. This pandemic and recession may push us there faster because they are making the debt grow faster.

Whenever it comes, we should welcome it. The alternatives may be even worse.

I predict an unprecedented crisis that will lead to the biggest wipeout of wealth in history. And most investors are completely unaware of the pressure building right now. Learn more here.