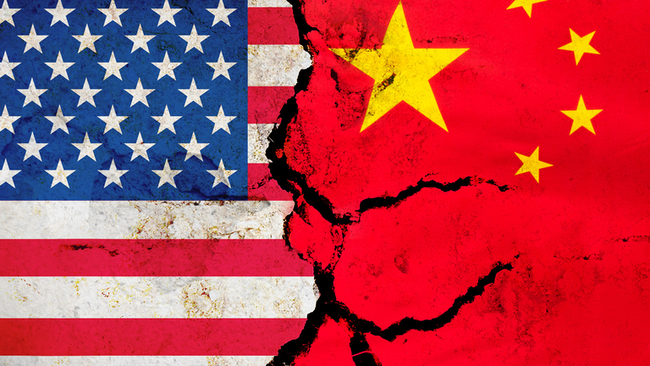 We have an agreement! Or rather a series of agreements. However, it still seems that we are really agreeing to disagree all over.

On the US fiscal front, Nancy Pelosi and Mitch McConnell have elbow-bumped to approve in principle a USD908bn fiscal stimulus package. That’s the apparent agreement. The disagreeable part is that, as noted yesterday, this is less than half of what was seen as not enough even before more of the US economy was placed under tougher virus restrictions.

On the US political front, the House of Representatives has passed a bill that will force Chinese firms listed in the US to delist if they do not undergo audits to US standards. Off that goes to President Trump to sign imminently. Of course, as the optimists would see it, there is still a three-year window before any firm will suffer this fate according to the text of the bill, giving lots of potential wiggle room ahead, or at least enough time for the political winds to perhaps blow back in the other direction.

After all, as the Wall Street Journal reported yesterday, surprising absolutely no one with a brainstem, “China Has One Powerful Friend Left in the US: Wall Street”. (No! Never! Say it ain’t so! Inconceivable!) Yet it is Main Street that elects Congress, and looking at the make-up of this one, and the likely make-up of the one that will follow the 2022 mid-terms after re-districting, there is arguably less room to be bullish on that particular front. Still three years is three years, and Wall Street infamously cares more about milliseconds. Of course, Chinese firms now have lots of other options to raise capital internationally: unless something were to happen to their access to USD in other locations – though that threat does seem to be far less likely under a Biden administration. Notably, on that particular political front it is still President Trump for now though, and yesterday saw the US ban imports of cotton from China due to alleged human rights abuses in Xinjiang. What else will we be enacted through to 20 January? Anything that might impact the USD, perhaps?

Meanwhile, on the whole US presidency issue there is also still only agreement to disagree. Trump isn’t conceding looking at the video he posted on Twitter (with one of the strangest jump-cut I have ever seen), and his lawfare continues to roll on. A deep dive into the bowels of Twitter shows:

You know when they call it an ‘election year’? It really feels like that at the moment. At the very least, the mainstream media agrees that even if all of the above amounts to a Twitter hill of beans, Trump will be running again in 2024 as some kind of de facto head of the official opposition in a parliamentary sense. In short, we will be seeing a lot more disagreements over the next four years whatever happens next.

Relatedly, Slate claims the same Supreme Court which might also throw markets a curve ball with a ruling about the US “non-delegation doctrine”. The new conservative majority may be willing to rule against that the way the US is governed –administrative agencies such as the EPA or the Department of Labor or Education do most of the heavy lifting on day-to-day rules and regulations– on the basis that the US constitution was not supposed to see Congress delegate so much of its power. Were this to happen, it would be revolutionary. Congress, which cannot agree on much except China, would have to pass specific laws on all relevant matters, and previous administrative regulation could be undone as unconstitutional. The presidency would also see limits placed on the use of executive orders. As Slate puts it “The Supreme Court Wants to Revive a Doctrine That Would Paralyze Biden’s Administration” (or any other). Quite the wild card, one has to agree. (One wonders if the vehemently agree/disagree idea of court packing would come up again rapidly if this were to transpire?)

Of course, this is probably about as bullish for equities as it gets –not much government at all!– and yet one could also argue just as bullish for bonds too given it would hardly be part of the global reflation trade everyone seems to be so drunk on right now. Would it be bullish or bearish USD though? Bearish given the deflationary impact(?) Or bullish given USD would be more like Bitcoin without regulators regulating it(?)

Wrapping up for today, in the background Europe is still split between Hungary and Poland and everyone else, with the increasing risk that no EU budget is passed and hence fiscal spending will drop back by EUR25-30bn next year. Yes, that is again a hill of beans fiscally, but it sure ain’t any stimulus in a locked down economy. Need I add that the UK and the EU are still deadlocked over Brexit? France is reportedly now threatening ‘Le veto’. The Brits are preparing to inject their population with Scotch eggs as soon as possible.

And Down Under, Australia just passed legislation allowing the Commonwealth government veto over Australian states’ or councils’ foreign agreements, widely seen as aimed at Victoria, which signed itself up to China’s Belt and Road Initiative with no transparency on what that deal actually entails. That, plus a message from PM ScoMo being blocked from WeChat, suggests full on agreement to disagree between Canberra and Beijing. Which might be part of the reason why Australia and Japan are soon set to sign the military exchange deal agreed in principle back in November, which will allow their firepower to be pooled if needed.