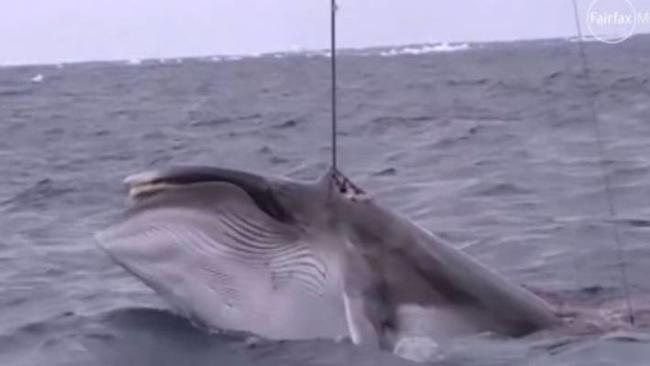 
The writing was already on the wall last month when we reported that SoftBank’s attempt to corner a handful of giga-cap tech stocks with call spreads lead to a surprising $3.7 billion loss for the Japanese VC conglomerate’s brand new public trading entity, SB Northstar, better known as the “Nasdaq Whale”, which is one-third owned by Masa Son and headed by former Deutsche Bank prop trader Akshay Naheta out of Abu Dhabi.

As a result of the unexpected loss, which according to Bloomberg led to a “sustained backlash from investors”, SoftBank Group has decided to beach the Nasdaq Whale for good (contrary to prior reports it would no longer dabble in derivatives which proved to be fake news) and is winding down its derivatives strategy (even as it continues investing in large US tech stocks such as Amazon and Facebook, using $80bn in cash raised from its recent asset sales). It will do so by letting its billions in options expire, instead of maintaining its positions, Bloomberg sources said.

As of the end of September, the unit had purchased almost $17 billion of shares in US tech companies and invested another $3.4 billion in equity derivatives. Since most of the derivatives are short-term, about 90% of the contracts – which were used to supercharge returns by squeezing option gamma in an illiquid market – will close out by the end of December, even as SoftBank holds on to its underlying portfolio of big tech stocks listed below.

This is not the first time SoftBank investors have expressed displeasure with Masa Son’s odd foray into public markets: shareholders balked after SoftBank’s foray into derivatives trading was first disclosed on this website in September (one day before the Financial Times), cutting the company’s market value by as much as $17 billion, questioning the rationale of a company known for its years-long bets on technology startups dabbling in public securities, especially derivatives. They also criticized founder Masayoshi Son for taking a personal stake in the trading, Bloomberg notes. “We should not be day traders,” a SoftBank employee said.

“For such a long-term investor as Mr. Son, we don’t understand the attraction of short-term call-spreads,” Jefferies analyst Atul Goyal wrote in a report in November, perhaps failing to grasp that all the call spread strategy was meant to do is push the underlying stock price higher with the help of dealer gamma, a strategy which however collapsed after dealers learned who was behind the massive call surge in late August.

Others investors questioned the highly leveraged structure of Northstar, which used margin loans of cash and publicly traded securities from SoftBank’s vast balance sheet to invest in publicly listed stocks. As we reported last month, in October SoftBank borrowed $6 billion against its holdings in Alibaba.

Finally, as the FT notes, some investors also raised governance concerns, since the trading arm effectively allowed Son to take out loans from SoftBank via Northstar, while benefiting from 33% of the profits from a division inside the group.

“If he has created a box where he gets to keep 33 per cent and he decides to call it an asset management unit, that’s just lipstick on the pig. It’s using SoftBank’s cash,” said a person with knowledge of the fund’s structure. David Gibson, an analyst at Astris Advisory, said: “The structure where the CEO takes 33 per cent of the profits of one division should not be occurring from an ESG point of view.”

For his part, the SoftBank chief defended the investment program in November as a way to put to use SoftBank’s massive cash pile and has said the derivative bets are “a rounding error” relative to the company’s assets. The fair value of SoftBank’s futures and options positions came to $2.7 billion at the end of September, or just 1.2% of the $292 billion in shareholdings.

That said, investors would have had no problem if the “Whale” had been profitable; instead in addition to all the controversy generated by the trading unit, SoftBank failed to impress with its publicly-traded skills: A 292 billion yen ($2.8 billion) derivative loss in the September quarter all but wiped out gains in the first quarter. That left a little over $1 million in gains in the six months ended Sept. 30, a surprising result given the rally in most tech stocks.

While a source told Bloomberg that earnings in the business are improving this quarter, turning a profit on the derivatives has become increasingly difficult as implied vol has tumbled after the conclusion of tumultuous presidential elections in the U.S. and rising prospects for an effective Covid-19 vaccine.

While Son came up with the idea for entering public markets earlier this year when stocks plunged with the coronavirus pandemic, “investor pressure and opposition from key lieutenants since have helped change his mind” Bloomberg concludes, adding that  shuttering the program completely will take time because it has become “a matter of face for the billionaire.”