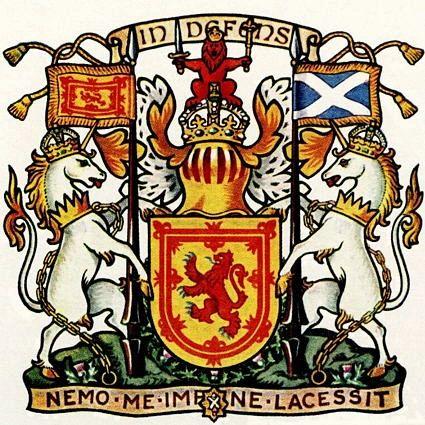 Yesterday was St Andrew’s Day, Scotland’s National Saint’s Day. I think it’s worth noting and considering Scotland in context of this vexed and troubled year for the United Kingdom.

Brexit remains an immediate threat, Covid will still batter the economy for the next 6 months, and long-term we’ve got issues like future trade, the transition to a carbon neutral climate friendly economy to solve. When government has spent 40 years dithering about a new railway “Oop-North” and vital questions such as what colour to paint Heathrow airport – it’s difficult be positive about the Long-Term.

I don’t need to tell Porridge Readers how bleak things look for UK Inc in terms of the underperformance on the FTSE, Sterling weakness, our failure to grow any significant new tech industries, or the current battle for the Soul of Government as modernisers try to argue spending our way of crisis is a valid solution, (which I believe it is), while the orthodoxy continues to preach that raising taxes, cutting services and cutting the deficit. Austerity will made a bad year utterly appaling.

While Boris is floundering, Scotland’s First Minister, Nicola Sturgeon is having a good Pandemic. She’s an accomplished politician and crowd-pleaser. In May 2021 signs are the Scottish National Party will win an overall majority in Holyrood, the Scottish Parliament – largely on the back of blaming Boris for everything. They will push and shove for another Scottish Referendum on Independence. It will be fraught, bitter and if it happens, and create even more support if it’s not allowed. When it happens, the Nationalists will likely win, breaking the 313-year old Union.

The breakup of the UK is therefore a significant likelihood event – greater than 10% – so it needs to be factored in. It’s got profound implications for investing in Scotland and for the UK as a whole.

There is a small hope that a swift vaccination program and faster than expected economic recovery will ease some of the Scottish Tensions by May, giving the pro-union Scottish Tories something to base a fightback around. Or perhaps the SNP will implode from whatever really did happen regarding Surgeon’s interventions regarding Alex Salmond’s acquittal on sexual misconduct charges.  Hope is never a good strategy. And Scotland, historically, tends to be ruled by passions rather than common sense.

Normally at this point I would write something reassuring: “don’t worry, things are never as bad as you fear they might be”. I’m not sure I can this time – it will take leaps of political faith and some stunning internal diplomacy to put the UK back on track. Things may be every bit as bad as we fear.

To be clear.. Brexit is what Brexit will be. A no-deal will cause enormous dislocation, make trade a nightmare and constrain growth considerably. The deal currently on offer – which boils down to the French telling us our fish aren’t ours – is unacceptable. Simple as. One hopes saner minds in Europe will come up with a compromise the UK government can accept. It doesn’t make sense for the German car industry to be decimated for the sake of a couple of hundred French fishermen demanding preferential treatment. If a deal can’t be found.. there are times when dumb pride makes sense. It won’t help UK industry or Jobs, and it will cause pain in Europe, but sometimes lines have to be drawn.

Covid will be done and dusted in the next 6 months. Recovery could be swifter than the doomsters in the OBR and other modelers expect.

But losing Scotland? That’s a different issue. That’s an identity issue. What would the split-up of the UK do its constituent parts? Would England (and Wales) remain geopolitically significant? Where would Scotland find itself.

The brutal reality is that England became a significant European power well before Union. While the Elizabethans were crushing all comers, we Scots stuck with our tradition of incessant warfare against our worst enemies. Ourselves. England will survive without Scotland. I’ve joked, half-in-earnest, that if the SNP really want independence, they should give the vote to the English!

Following the Union in 1707 the history of Scotland shifted from bleak poverty and desolation to stunning growth and wealth as Edinburgh became the Athens of the North, the centre of new learning, invention and innovation. Scots soldiers seized the empire and the great UK trading houses were founded by energetic Caledonians. In the 1900s Glasgow was the second city of the Empire, and Clyde-Built was the stamp of engineering excellence.

The dream died in the 1980s when Margaret Thatcher crushed Scottish industry, suppressed the unions, spent our oil money, and left much of the Country on the “Brew” – the Bureau of Unemployment. She will never be forgiven North of the Border. The bill for her actions can be seen in Holyrood today. The SNP has thrived by convincing Scottish Labour voters it’s the Tories and England that are to blame for Scotland’s dismal depression today, and that Independence offers a better future.

I’ve always argued No to independence.

Better to deal with the devil we know. England has been good to me and countless other Scots who’ve taken the High Road south.  But now.. well maybe it is time to reconsider. As Independence looks increasing likely what would Scotland need to make it successful in the modern world?

Let’s start by dismissing the idea Scotland would be an Oil Major – the myth oft floated by the SNP. Revenues from Oil and Gas are tumbling and – let’s be blunt – unpopular. But the skills learnt in the North Sea in terms of being able to harness the Winds, Sea and Tides are unmatched. Scotland is blest with plenty of weather. We could well establish ourselves as the premier powerhouse for renewable energy. There are superb universities with well-honed skills across commerce and industry to support a tech driven economy. For instance, my own, Heriot Watt, leads the world innovating robotics for the maintenance of offshore installations.

There is agriculture: a potential future where premium agricultural products (green, organic, farm grown, and water rich), command higher prices looks probable. Whisky is a major export earner. And there is hospitality – tourism is a massive earner. When God made the planet he made Scotland the most beautiful place, blessed up with fine lads and lasses, made us smart and clever and gave us the gift of whisky. When the Archangel Gabriel suggested that was a bit unfair to every other nation, God replied: “Aye, but look who I gave them for neighbours.”

Would a sound renewables, tech and agricultural base be enough to make Scotland stable as an independent nation? The naysayers immediately point to deprivation and the deficit, paid by Westminster to Hollyrood each year – around £15 bln before Corona costs. Scotland could expect to be burdened with a portion of the UK national debt on exit. These will not be insignificant costs to pay.

Then there is the issue of Europe. The SNP are determined to reverse Brexit and jump into bed with the EU – which would be pointless as England accounts for 60% of Scottish Exports against 18% to Europe. How would Scotland function with the Euro – where spending decisions, fiscal and monetary policy have effectively been seized by Brussels? Scotland in the EU would become another small country to be side-lined, and a stick for Brussels to beat England with.

Which raises the currency issue. Monetary sovereignty will be critical. Scotland would fail dismally with either the Euro, or being tied to Sterling run from England. Perhaps the return of the Scottish Pound would make sense. That would require the new currency to receive swift acceptance and support in global markets – requiring a new Scottish Government to immediately establish its credentials and credibility to create confidence in the new country and currency.

At present the SNP is a single-purpose party. Once it achieves its goal of independence it will likely fracture, (already it is riven by internal disputes,) into left and right – none of which are likely to present a strong unified face to the World.

What sort of Country could Scotland be? With a strong socialist tradition, but sound entrepreneurial and mercantile history I suspect an Independent Scotland might surprise us. Imagine a strong welfare, health and education sector on the back of a green and technological economy?

Why not? Much of Modern medicine was pioneered in Scotland. Penicillin was discovered by a Scot. While the SNP has made a right Horlicks of Education thus far – it’s always been a Scottish strength. We had universal education centuries before anyone else. (My primary school in Edinburgh, the Royal High School is over 1000 years old. My secondary school, Heriots, is a mere stripling at 392 years. )

How could Scotland get there? Becoming a comfortable, liberal welfare state with a strong tech and business led growth strategy? I’ve talked before how Scotland could become a little bit like Denmark.

It would all depend on how the split would work. It would make sense to retain many of the links – particularly in Defence, which could easily be achieved by retaining the Union of the Crowns; one Monarchy but two independent nations. The English would pay Scotland a significant sum – say the $15 bln annual deficit – to maintain the Faslane submarine base and Coulport nuclear depots (no English city would accept Europe’s largest nuclear weapons dump 40 miles from its heart, like Glasgow.)

I will continue to say No to Independence, but if it’s going to happen, let’s learn from the mistakes of Brexit and make it happen well. At its most basic, it would require at least the following:

Lay out the rules and let the games commence. (I would be very interested in what readers think about Independence for Scotland.)