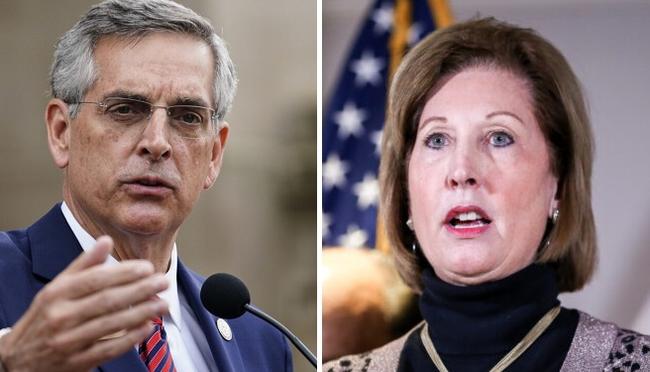 
Authored by Zachary Stieber via The Epoch Times (emphasis ours)

The judge who Sunday ordered Georgia officials not to wipe or reset voting machines scheduled the next hearing in the case for Friday.

In a Nov. 30 order, Batten said his final decision on Sunday partially granting the defendants’ motion “involves a controlling question of law as to which there is substantial ground for difference of opinion and that an immediate appeal from the order may materially advance the ultimate termination of the litigation.”

The order enables defendants to appeal the temporary ruling to the 11th Circuit Court of Appeals.

Defendants were ordered to file their brief by Dec. 2 while any reply brief will be due Dec. 3.

In a third filing, defendants said Charlene McGowan, Georgia’s assistant attorney general, will be appearing on behalf of the defendants, which include Gov. Brian Kemp, Secretary of State Brad Raffensperger, and state Election Board members.

The plaintiffs are represented by attorney Sidney Powell. They successfully convinced Batten on Sunday to bar officials in three counties from wiping or resetting Dominion Voting Systems machines.

Plaintiffs are seeking to have outside experts perform forensic inspections of the voting machines.

The judge ruled that defendants are “enjoined and restrained from altering, destroying, or erasing, or allowing the alteration, destruction, or erasure of, any software or data on any Dominion voting machine in Cobb, Gwinnett, and Cherokee counties.”

He also ordered the board to “promptly produce to plaintiffs a copy of the contract between the state and Dominion.”

Dominion says on its website that “no credible reports or evidence of any software issues exist,” including in Georgia.

Powell wrote on Twitter late Sunday that “Georgia election fraud is being exposed.”

“Who benefitted from the hurry-up #Dominion contract in #GA?” she added.