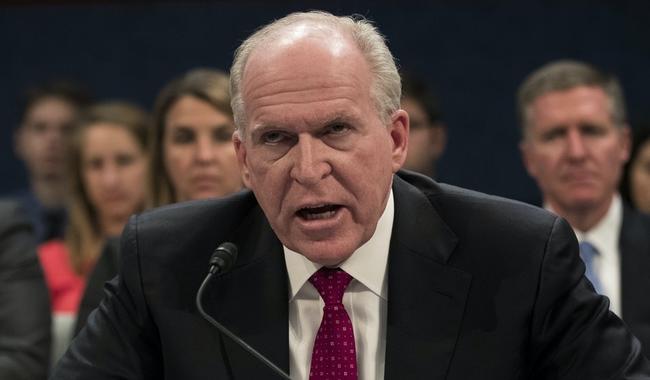 
Authored by Glenn Greenwald via greenwald.substack.com

The right to dissent from, and to work against, the official foreign policy of the U.S. Government is vital: foundational to Constitutional liberties. There is very little such dissent in the U.S. Congress, where many of the core tenets of the Foreign Policy Community (from CIA drone warfare and clandestine coups to steadfast support for Gulf State and Middle East tyrannies as well as Israel) enjoy overwhelming, at times virtually unanimous, bipartisan support.

That is one of the reasons that — as I’ve said repeatedly — I am glad that there are now members of Congress such as Congresswomen Ilhan Omar of Minnesota and Rashida Tlaib of Michigan who so vocally and unflinchingly dissent from this general foreign policy orientation and especially from those policies which most members of Congress either cannot or do not want to denounce.

Whether or not one agrees with these two lawmakers on every issue, having members of Congress questioning and objecting to highly consequential foreign policies is inherently healthier than full-scale agreement or fear-driven acquiescence. Dissent strengthens all democracies. That is why I have relentlessly defended Congresswoman Omar, even in the face of less-than-ideally-phrased proclamations, from what I regard as bad faith accusations of bigotry and a lack of patriotism (just as I denounced moronic claims that Trump was a “traitor”): bad faith accusations of bigotry or treason are often designed to demonize attempts to question pieties and ostracize those who do it.

For that very reason, I was quite surprised to see that late Friday night, Congresswoman Omar, in response to something I wrote, defended not only former CIA Director John Brennan — who as Obama’s CIA Director presided over the bombing of numerous countries including Somalia — but also The Logan Act. The Logan Act is nothing more than an unconstitutional attempt to criminalize foreign policy dissidents, like her, and is so dangerous in the hands of the CIA, FBI and federal prosecutors precisely because it lacks any clear definition or meaning.

Despite this, Congresswoman Omar depicted that ancient statute not as what it is — an impossibly vague and overly broad attempt to criminalize the core Constitutional right to dissent — but instead as some kind of specific, precisely defined, and well-established precedent, the contours of which are clearly established and easily applied. None of that is true.

This 219-year-old statute is one of the most unconstitutional and dangerous laws in the U.S. Code. Because it has never been used to prosecute anyone, and was only used to obtain an indictment one time in its entire history — back in 1803, against someone who wrote an op-ed criticizing U.S. foreign policy toward France — nobody knows what it actually prescribes or allows because there is no binding judicial precedent interpreting what it means. It is precisely because it has never been used to prosecute anyone that there is no judicial clarity about what it means, and that’s how the U.S. Government wants it (for the same exact reason, the DOJ has never made good on its threats to prosecute any journalist who publishes classified information under the Espionage Act of 1917: they prefer to weaponize the fear of uncertainty regarding the law’s scope and application rather than prosecute journalists under it and thus risk a judicial ruling declaring it unconstitutional or inapplicable to journalists).

The wildly broad vagueness and lack of clarity is what makes it so dangerous to leave the Logan Act on the books. These are exactly the kinds of ambiguous laws that can serve as an abusive pretext in the hands of the FBI, empowering it to investigate anyone it wants under the rubric of this archaic, ambiguous law. A law can be so vague that it can be unconstitutional for that reason alone: a failure to clearly advise citizens of what is and is not legal violates the right of due process.

But while all such vague laws are dangerous, the Logan Act is particularly menacing to those who dissent from core U.S. foreign policy and are thus often accused of disloyalty, such as Congresswoman Omar. All members of Congress, but particularly foreign policy dissidents, should be working to repeal this ancient and repressive law, not wielding it as a weapon against adversaries and pretending that it is some highly specific, clear and valid criminal constraint on the conduct and speech of U.S. citizens.

The context of the exchange with Congresswoman Omar, and the key role played in it by former Obama CIA Director John Brennan, is necessary to understand Rep. Omar’s point. Far more importantly, this context illustrates the severe, ongoing dangers of allowing this dangerous law to fester on the books.

On Friday, reports emerged that, just days after Israeli Prime Minister Benjamin Netanyahu met with Saudi Crown Prince Mohammed bin Salman, a key Iranian nuclear scientist was ambushed and murdered by gunmen. U.S. officials told The New York Times that Israel was behind the assassination — which should be unsurprising given that Israel assassinated several senior Iranian nuclear scientists during the Obama years.

This news provoked indignation from MSNBC’s John Brennan, formerly Obama’s Director of the CIA, an agency heralded worldwide for its righteous opposition to assassinations. Along with condemning the assassination of this Iranian scientist as “a criminal act and highly reckless,” Brennan also used his tweet to send an explicit message to Iranian officials: urging them not to retaliate but instead to wait for the Biden administration to take over, promising the new U.S. administration would “respond against perceived culprits.”

In other words, Brennan, like many people (including myself), is concerned that the Trump administration and Israel are seeking to escalate tensions with Iran during the transition — either because they seek war with Tehran or, more likely, because they want to provoke a cycle of retaliation that would prevent the incoming Biden administration from re-implementing the Iran Deal which Trump nullified and which Israel vehemently opposes.

Thus, Brennan sought to subvert what he perceives as the current foreign policy of the U.S. Government — to provoke and punish Iran — by encouraging Iranian officials to ignore the provocation and therefore not derail efforts by the incoming U.S. administration to establish better relations once Biden is inaugurated:

There are so many amazing ironies to this Brennan statement. To begin with, it’s just stunning to watch Obama’s Chief Assassin — who presided over a global, years-long, due-process-free campaign of targeted assassinations, under which the official “kill list” of who was to live and who was to die was decreed by Judge, Jury and Executioner Brennan in a secret White House meeting that bore the creepy designation “Terror Tuesdays” — now suddenly posture as some kind of moral crusader against assassinations. I have denounced these Israeli assassinations as terrorism — both in the past and yesterday — but I have also denounced with equal vigor the Obama/Brennan global assassination program.

The audacity of Brennan’s moral posturing became even more evident as he tried to explain why his and Obama’s assassination program was noble and legal, while the one that resulted in Friday’s killing in Iran was immoral and criminal. After all, this is the same John Brennan who got caught red-handed lying about how many innocent civilians were killed by Obama’s global assassination program, and who even claimed the right to target American citizens for execution by drone without any transparency let alone due process: a right they not only claimed but exercised.

When you’re reduced to sitting on Twitter trying to distinguish your own global assassination program from the one you’re condemning, that is rather potent evidence that you are among the absolute last persons on earth with the moral credibility to denounce anything. That’s particularly true when you directed your unilateral assassination powers onto your own citizens, ending several of their lives.

But that’s the Trump era in a nutshell: the most bloodthirsty monsters and murderers successfully whitewash their own history of atrocities by deceiving people into believing that none of this was done prior to Trump, and that their flamboyant opposition to Trump — based far more in stylistic distaste for him and loss of their own access than substantive policy objections — absolves them of their own prior, often-worse monstrosities. Call it the David Frum Syndrome.

But to me the most glaring irony — as I pointed out — is how similar is the transition message sent by Brennan on Friday to the Iranians when compared to the one sent by Gen. Michael Flynn to the Russians during the 2016 transition after the Obama administration sanctioned Moscow. The message of both Flynn and Brennan was virtually identical: don’t over-react or excessively retaliate: a new administration will soon take power and wants to work with you, so don’t do anything rash now that could prevent that from happening.

But the difference is that while Brennan was predictably celebrated for his message to the Iranians, with viral likes and re-tweets, Flynn was criminally investigated by Jim Comey’s FBI for his. After Comey, then the FBI Director, ordered the investigation into Flynn’s ties to Moscow closed at the start of 2017 due to lack of evidence, FBI agents deeply hostile to Trump seized on Flynn’s December, 2016, intercepted phone call with Russian Ambassador Sergey Kislyak — when Flynn was a national security transition official just weeks away from taking over — to continue the criminal investigation on the ground that he may have violated the Logan Act by attempting to subvert current U.S. foreign policy with his message to Moscow not to overreact and instead to wait for the new administration.