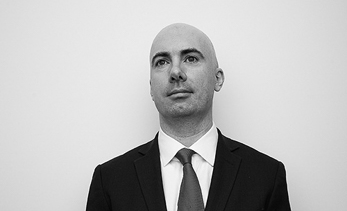 
The FBI – which President Trump on Sunday suggested may be ‘involved’ in election fraud – has asked former Trump data chief Matt Braynard to share his findings on possible illegal ballots cast in the 2020 election.

According to Braynard, who runs the Voter Integrity Project, “The @FBI has proactively and directly requested from me the VIP findings that indicates illegal ballots,” adding “By Tuesday, we will have delivered to the agency all of our data, including names, addresses, phone numbers, etc.”

– While there has been legit criticism of the actions of leaders of the agency over the last several years, I can personally attest to the many patriots within the rank-and-file who are fighting on the side of the Constitution and Law and Order.

Braynard added that “everything I pass on to local/state/fed law enforcement, litigants, legislatures, journalists, etc, is always a copy,” and noted “despite sharing it with individuals from all of those groups, there’s never guarantee of a productive result.”

According to Braynard, his team has found multiple irregularities in the 2020 – including voters who never requested absentee ballots, potentially uncounted votes, and people registering their addresses at postal annex-type businesses in violation of state laws.

“I estimate that the number of ballots that were either requested by someone other than the registered Republican or requested and returned but not counted range from 89,397 to 98,801,” said Steven Miller – a Williams College professor who analyzed Braynard’s data, according to Just The News.

Meanwhile, former Kansas Attorney General Phillip Kline – current director of the Amistad Project of the Thomas More Society and Braynard’s partner in the project, tweeted on Sunday: “After learning that hundreds of thousands of ballots are potentially fraudulent- The FBI has now requested to look at our data.”

Kline noted that Braynard was contacted by “FBI Special Agent Young Oh of the FBI Los Angeles Field Office,” and that they were fully cooperating.

After learning that hundreds of thousands of ballots are potentially fraudulent- The FBI has now requested to look at our data.

The notion of Branyard handing over data to the same agency which performed espionage on the 2016 Trump campaign, led by a director which sat on the Hunter Biden laptop evidence of Biden corruption in Ukraine – sitting by while Democrats impeached Trump over asking Ukrainians to investigate exactly that, has many wondering if the agency’s request is intelligence gathering on an opponent, or related to a legitimate investigation into voter fraud.

Why, to seize it then make it disappear? https://t.co/d5Mc6eUNLp

President Trump on Sunday suggested to Fox News’ Maria Bartiromo that the FBI and Justice Department ‘may be involved.’

President @realDonaldTrump: “There are a lot of dead people that so-called voted in this election… This is total fraud— and how the FBI and [DOJ], I don’t know, maybe they’re involved — but how people are allowed to get away with this stuff is unbelievable.” pic.twitter.com/C8VgkuqRNn

Wouldn’t be the first time…