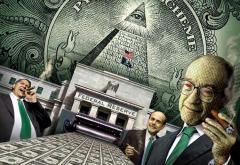 
Authored by Nick Hankoff via The Mises Institute,

Gone are the days of the Federal Reserve hiding in the shadows. Now it’s a woke central bank fighting for climate and racial justice. Progressives must not fall for this but instead team up with the populist right to audit the Fed and demand transparency.

Let the healing begin! If it is going to be President Joe Biden a couple months from now, then there will be all the more incentive for antiestablishment Democrats to join forces with populist Republicans. What better issue than auditing the Federal Reserve System?

There is strong precedent for progressives and the populist right to unite around an “Audit the Fed” movement. In early 2009, Congressman Ron Paul introduced the Federal Reserve Transparency Act, which garnered 320 House cosponsors by the summer of 2010.

Since then, the antiestablishment factions of both parties have grown and at least one of the 2009 House cosponsors now holds a Senate seat. Audit the Fed has passed the House on three occasions, so it could see as much or more success this coming session.

Another development over the last eleven years is the Fed’s evolving public image. Before Ron Paul’s 2008 presidential run, the central bank lurked in near-total darkness. Two thousand nine was a breakout year for its public relations campaign, and the Fed has failed to return to its prior obscurity.

Now the secretive power center larps as a super–social justice warrior, fighting for climate and racial justice, the top pet issues of the progressive left. Many grassroots progressives expressed their distaste for Hillary Clinton and Joe Biden, but even those who held their noses to vote for them shouldn’t feel at all obliged to apologize for the Fed’s virtue signaling.

Meanwhile, inflationary monetary policy most harms those people and communities whom the progressive left claims to champion. Saving becomes more difficult or impossible, while prices of goods rise.

All the more reason for the Fed to adopt the likeness of a woke institution. Just as it has blamed “irrational exuberance” for boom-bust cycles, it can now blame systemic racism or climate change for poor economic growth that’s actually fueled by its own monetary policy.

This week, the Fed officially sought membership in the Network for Greening the Financial System, an assemblage of central banks and other international forces that “support the transition toward a sustainable economy” for the sake of the climate.

This past summer, Fed chairman Jerome Powell promised to improve “diversity” within the Fed’s structure. Will the new friendlier, kinder, and woker Federal Reserve System win the trust of progressives or irk them for stealing their thunder and undermining their vision?

Most Americans already don’t trust the Fed, especially Democrats, people forty-nine and under, and those making less than $50,000 a year. Those would be natural progressive constituencies.

Republicans in the House and Senate, especially if the president is unable to secure a second term, will be in a strong position to take on the Fed. Trump has long criticized the bank and its chairman, whom he picked. Although more recent frustration expressed was over interest rates not being low enough, Trump also supported auditing the Fed during his 2016 campaign.

Republicans will also likely control the Senate, so any other Fed-related bills that Democrats might propose would have more trouble finding enough votes for passage. Take for instance the Federal Reserve Racial and Economic Equity Act recently introduced by Senators Elizabeth Warren and Kirsten Gillibrand and cosponsored by Bernie Sanders.

This FRREE Act seeks to “minimize and eliminate racial disparities in employment, wages, wealth, and access to affordable credit.” That amounts to overhauling the Congress’s instructions for the Fed, which have focused the bank’s duties on job creation and price stabilization since 1977.

Unfortunately, its champions Warren and Sanders have opposed auditing the Fed in the past. It will take a groundswell of grassroots pressure to turn them around, but it can be done.

Any hope for real political unity that actually benefits the American people depends on the success of projects like Audit the Fed. If populist movements from the left and right can coalesce on this one thing, they will find their time well spent.

Even if a President Biden or Trump vetoed the legislation, it would amount to progress in the pursuit of transparency at the Fed. Both the left and right side of grassroots politics could claim a piece of the same victory. That would be a nice turnaround from 2020.