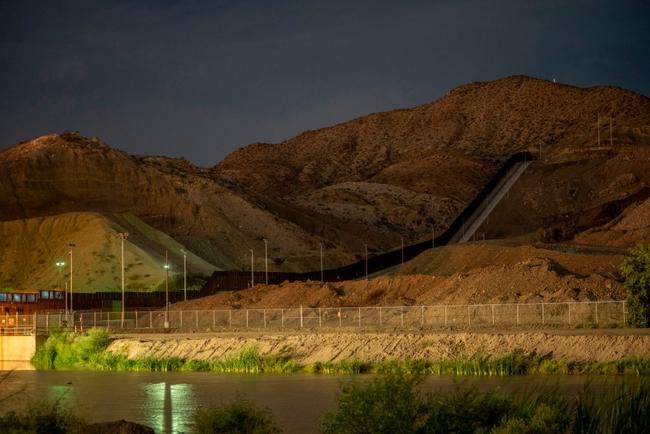 
Authored by Chris Farrell via The Gatestone Institute,

A Biden administration means two dramatic and dangerous reversals on Trump policies that will endanger the American public: 1. Termination of President Trump’s signature 2016 campaign issue — The Wall; and 2. Loosening of immigration restrictions.

“There will not be another foot of wall constructed on my administration, No. 1,” Biden told National Public Radio earlier this year.

“I’m going to make sure that we have border protection, but it’s going to be based on making sure that we use high-tech capacity to deal with it.”

Biden is not really promising any border protection at all. It sounds good, but it is a hollow falsehood. Most of the American public does not know about or has forgotten the $30 billion dollar disaster known as “SBInet.” We have been down this “high-tech virtual wall” road before. The only winners were defense contractors. The virtual wall does nothing to deter or prevent unlawful entry across the border. It merely provides surveillance and recording of the illegal activity. Thousands of hours of video recordings of such crossings are available on the internet right now. Technology contractors are encouraged that a Biden administration would like to continue watching and recording millions of people entering the country illegally.

Biden has a long public record, so you will not be surprised to learn that a few years ago he was proudly in favor of building 700 miles of border fence. Biden had a border hawk position back on November 27, 2006 at a Q&A with a Columbia, SC Rotary Club meeting. Notably, Biden has faced criticism for his past track record on immigration issues. Obama/Biden deported 3 million illegal aliens. The Trump administration deported fewer than 1 million over the last 3+ years.

Court battles will continue, of course. Some Trump administration initiatives are still working their way through the judicial process. Biden has committed to restoring the Obama-era Deferred Action for Childhood Arrivals (DACA) program, which gives deportation relief and work permits to those brought illegally to the U.S. as children. Please remember, many of those “children” are now in their early 30s. The Trump administration tried to end the program, but that effort was blocked by the Supreme Court.

Biden has also glommed onto the “Comprehensive Immigration Reform” mantra, and vowed to initiate a complete system overhaul not accomplished since Reagan’s well-intentioned error of 1986. While making that pledge, Biden disavowed workplace enforcement raids and sees no reason why illegal aliens cannot immediately begin receiving public assistance from taxpaying Americans.

Setting aside big national policy considerations, let us focus again on the border communities and the Americans directly at risk. Almost seven years into a Judicial Watch investigation dealing with Mexican Cartel penetration of federal, state and municipal law enforcement organizations in the El Paso, Texas region, we uncovered facts that resulted in the Department of Justice Inspector General taking direct action. Corrupt law enforcement officials at the federal, state and municipal level were removed. Other corrupt officials were effectively “neutralized” through exposure and pressure, even if they were not publicly acted against criminally or administratively. We also uncovered and exposed an El Paso-based narco-terror ring headed by Al Qaeda’s director of operations for North America, Adnan El Shukrijuma (deceased), targeting Chicago landmarks. A 48-minute documentary explaining the plot, “The Sun City Cell,” can be found on YouTube.

What are Americans in El Paso, Texas, Nogales, Arizona, and San Diego, California concerned about with respect to Biden administration border security? Over the past two weeks, in emails and phone interviews, border residents provided the following observations:

U.S. Customs Service Officer Patricia Cramer, president of the Arizona chapter of the National Treasury Employees Union, revealed in an interview that persons crossing into the United States from Mexico are not health-screened in any way. No temperature taken, no cursory visual exam, nothing. The “locked-down border” under President Trump is a lie. Now, imagine the health and safety conditions under a Biden administration. Remember: In “COVID-world,” you cannot go to the gym, and you must “social distance” in absurd ways — but the border is open, and no one is screened.

Is this what we all have to look forward to over the next four years?