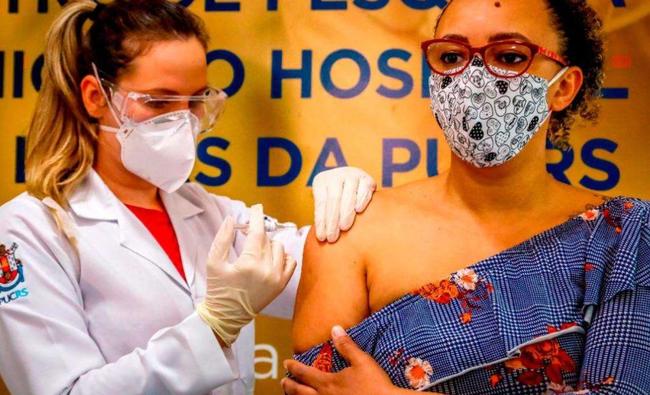 
Brazilian President Jair Bolsonaro said late this week that under no circumstances would he ever take a coronavirus vaccine – especially not a Chinese-made jab.

The right-wing leader has repeatedly warned his countrymen that Chinese vaccines are dangerous and should be avoided. A few weeks ago, Brazil temporarily halted trials for the Chinese-made vaccine produced Sinovac. Still, Bolsonaro was furious when the trial was allowed to resume less than 48 hours later. Sao Paolo has already agreed to start importing millions of doses of Sinovac’s jab, despite resistance from Bolsonaro.

Now, Reuters reports, Bolsonaro said Thursday evening in a public statement broadcast across multiple social media channels that he would not take the COVID vaccine, the latest in a series of statements he has made expressing skepticism toward certain vaccination programs. In statements broadcast live over multiple social media platforms, Bolsonaroadded that Congress was unlikely to require Brazilians to take a vaccine.

Brazil has the second highest number of coronavirus deaths in the world, and it’s also far and away the worst hit country in Latin America.

Bolsonaro has for months played down the seriousness of the pandemic despite having been infected with the virus in July. Bolsonaro also expressed skepticism over the effectiveness of wearing masks during his speech, implying there was little conclusive evidence of the effectiveness of masks.

The president has joked that Brazilians needn’t worry about being forced to receive the jab, since the president doesn’t intend to make receiving a jab mandatory – except for one’s dog (or dogs, as he once joked).