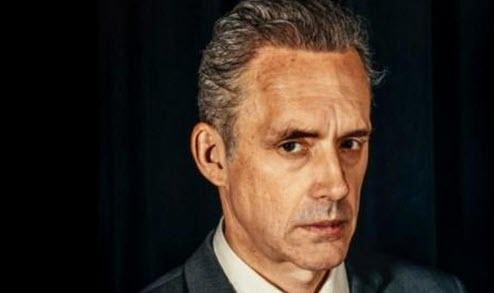 
The staff at Penguin Random House Canada had a meltdown at an “emotional town hall” over the company’s decision to publish psychologist Jordan Peterson’s latest book, according to Vice. Dozens of additional employees have filed “anonymous complaints”, the report notes.

On Monday, the publisher said they would publish Peterson’s new book, Beyond Order: 12 More Rules for Life by Peterson, which is going to be out in March 2021. We’re guessing none of these additional 12 rules includes setting fire to a Wendy’s or throwing a brick through a Target window to steal T-shirts. Hopefully instead, the book offers up a take on how to conduct yourself as an employee of a company without throwing an emotional temper tantrum anytime the boss makes a decision you don’t like.

One “junior employee” at PRH said of Peterson: “He is an icon of hate speech and transphobia and the fact that he’s an icon of white supremacy, regardless of the content of his book, I’m not proud to work for a company that publishes him.”

“I feel it was deliberately hidden and dropped on us once it was too late to change course,” they continued.

Perhaps Penguin Random House Canada can inform this person they can be a “junior employee” just about anywhere else instead of coddling them with “town hall” meetings and giving them the impression that their feelings actually matter to PRH’s bottom line.

A second employee said “people were crying in the meeting about how Jordan Peterson has affected their lives.”

“The company since June has been doing all these anti-racist and allyship things and them publishing Peterson’s book completely goes against this. It just makes all of their previous efforts seem completely performative,” they said.

Another employee said: “[Peterson’s] the one who’s responsible for radicalizing and causing this surge of alt-right groups, especially on university campuses.”

“They’re not going to acknowledge the reason they’re doing it is for money. I feel that would be the more honest route to go rather than making up excuses for Jordan Peterson,” one employee said, as though making money isn’t the main idea of running a business anyway.

The publisher said it welcomes the feedback from its employees. It put out a statement saying: “We announced yesterday that we will publish Jordan Peterson’s new book Beyond Order this coming March. Immediately following the announcement, we held a forum and provided a space for our employees to express their views and offer feedback.”

It continued and appeared to stand firm on its decision: “Our employees have started an anonymous feedback channel, which we fully support. We are open to hearing our employees’ feedback and answering all of their questions. We remain committed to publishing a range of voices and viewpoints.”

We wouldn’t bet on Penguin Random House backing down. The book, which dares to offer a clinal professional’s uncensored opinion about the increasingly “woke” world we live in, will likely be wildly successful – just as Peterson’s first book “12 Rules for Life” was – selling 5 million copies.

We think the folks over at PragerU put it best: