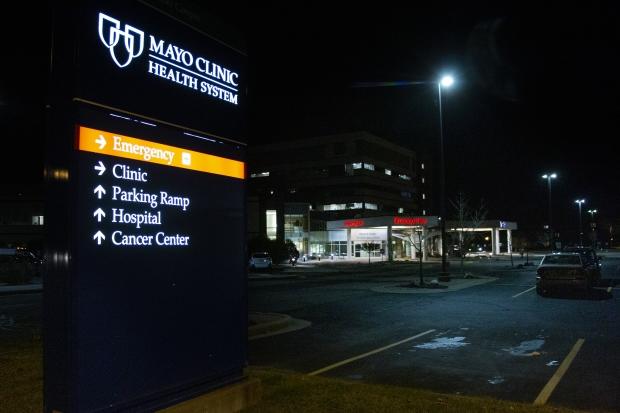 To expand capacity at its northwest Wisconsin hospitals, Mayo Clinic Health System is placing beds in waiting rooms, surgical spaces and a heated parking garage, according to Wisconsin Public Radio.

The rush to boost bed capacity comes two weeks after the health system warned that 100 percent of its beds were occupied at its hospitals in northwest Wisconsin and more than three weeks after it began postponing elective care.  That number fluctuates by the hour, but emergency room physician Paul Horvath said hospitals and emergency rooms have been forced into what is known as “diversion status.”

“I worked a shift in one of the emergency departments the other evening,” Horvath said, “and literally every bed in northwest Wisconsin was full, and hospitals just weren’t able to admit new patients. Which means that I had the challenge of managing ICU level care in my ER for hours, which is obviously not routine.”

Mayo Clinic’s hospital in Eau Claire, Wis., set up four emergency beds with privacy curtains in an ambulance garage due to an influx of COVID-19 patients. The hospital said all four beds were filled Nov. 18, but haven’t needed to be used since, according to WQOW.

Additionally, a surge at Mayo’s hospital in Barron, Wis., forced it to move beds into a room designated for preparing patients for surgery.

“Not where I’d want to put my grandfather or my grandmother,” she said, though it “may have to happen.”

Mayo said that although patients may be placed in different spaces, they are all equipped with the necessary supplies to safely care for patients.

“We would never put them in any unsafe or unclean environment,” Pam White, DNP, RN, chief nursing officer for Mayo Clinic Health System Northwestern Region, told WQOW. “It’s very clean, it’s warm, it’s an environment that’s not ideal and we wouldn’t do this every day, but if you needed to be in there to receive the care, I would absolutely go there. It’s a comfortable environment and temporary.”

Mayo Clinic Health System has clinics, hospitals and other facilities across Iowa, Minnesota and Wisconsin.

Logitech announces its first mechanical keyboard specifically for the Mac