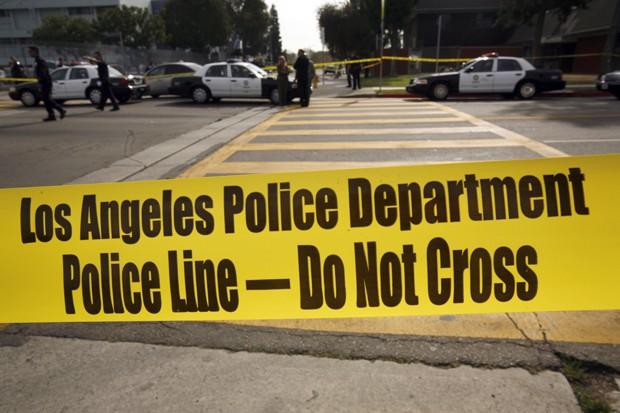 
This past weekend, a surge in violent crime resulted in Los Angeles’ 300th homicide for 2020, a bloody benchmark not seen since the dark days of the 2009 financial crisis, reported LA Times.

Killings have risen 25% over last year, and shootings climbed by more than 32%, reflecting a similar trend across many other US metro areas (read: here & here) as defunding the police and socio-economic implosions and the virus-pandemic have left urban areas in chaos.

LAPD Police Chief Michel Moore said, “with the health pandemic, we don’t just cross our arms and say, ‘It is what it is.’ We’re taking all types of efforts to flatten the curve, to lower the impact, to save lives. And that’s what I’m asking for us to do with this violent crime. We have a pandemic of crime right now.”

Multiple crises are impacting Los Angeles come as the $3 billion police budget was slashed this year by $150 million following widespread social-unrest across the country against police brutality and misconduct.

“These cuts couldn’t come at a worse time,” Moore said. “My ability to put added resources [in the community] right now is hampered.”

The last time the city passed the bloody benchmark was in 2009, during a brutal downturn in the economy. Recessions have commonly been associated with the rise of violent crime.

Compound a whole host of issues, from the virus pandemic to socio-economic implosions to defunding the police, well, the latest rash of violent crime in the metro area could continue well into 2021. This would force an even larger exodus of city dwellers to the countryside.