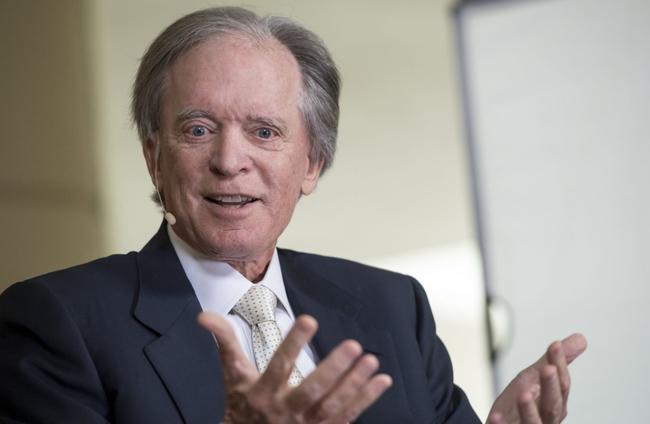 
The civil court battle between Bill Gross (joined by his girlfriend, former tennis pro Amy Schwartz) and his neighbors, tech entrepreneur Mark Towfiq (and his wife), continues, with more juicy details coming to light this week, portraying Gross’s heavy-handed approach toward dealing with an annoying neighbor who chafed at the sight of one of Gross’s lawn statues.

In previous testimony, we’ve heard that Gross retaliated against his neighbor by turning the house’s sound-system up full-blast playing the theme song to “Gilligan’s Island” on repeat at volumes that one Laguna Beach compliance officer described as being even louder than the Pacific Coast Highway and the Ocean.

But in the latest testimony, Towfiq shared how Gross threatened him, claiming he would take drastic measures to punish the Towfiq’s if they proceeded to lodge a complaint with the town about Gross’s lawn sculpture. Towfiq told the court that Gross’s threat “filled me with dread”, yet he persisted, according to Bloomberg.

So Gross made him face the music, so to speak.

When Towfiq texted Gross’s girlfriend – whom Gross and his legal team have claimed is the object of a “prurient obsession” on the part of Mr. Towfiq – Gross apparently took his girlfriend’s phone and texted back the following: “peace on all fronts or well just have nightly concerts big boy.”

To dispel any confusion, Gross even signed one of his tweets.

Towfiq explained that he initially complained to Gross because the netting surrounding his lawn sculpture, which is adjacent to Towfiq’s property, was “unsightly” and detracted from his “enjoyment” of the $25 million palace he constructed for himself and his wife. But after he filed a complaint about the sculpture, Gross dropped all pretense of neighborly respect and resorted to threats, Towfiq said.

“I had a sinking feeling in my stomach,” Towfiq testified when asked by his lawyer what his reaction to the text was. “That is, a total dread that I’m going to be the target of his rage or something.”

But once Gross turned up the music, Towfiq said he and his wife were “forced to flee” the property and call the police. At one point, Towfiq said he recorded Gross and Schwartz dancing on their balcony, while giving him the finger and “taunting” him. Towfiq said the music was so loud it penetrated the extra-thick double pane windows that Towfiq said he’d installed in his home.

Gross’s antics didn’t stop there: he repeatedly interrupted proceedings to complain that he “couldn’t hear” Towfiq. At one point, Gross’s attorney asked the judge if Gross could be seated right next to Towfiq so he could more adequately hear his testimony.

Towfiq complained that Gross wouldn’t stop “staring” at him during the testimony, but Gross complained he was simply trying to understand Towfiq because “he mumbles.”

Gross is suing Towfiq for installing cameras on his property to harass Gross and his girlfriend, while Towfiq is suing for psychological distress, arguing that Gross subjected him to a form of “torture” for refusing to simply drop his complaint to the town about Gross’s lawn sculpture.

Gross has a history of high-profile feuds, including with his ex-wife, whom he terrorized with fart spray and old fish. And that was before he retired from his day job as a portfolio manager at Janus Henderson.