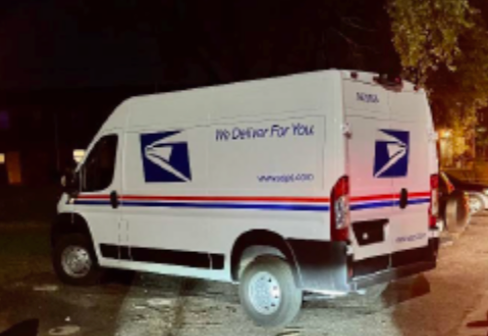 
As the coronavirus pandemic drives online holiday shopping – USPS, FedEx, UPS, and Amazon delivery workers distribute more mail and packages than ever. The increased number of deliveries has left delivery vans densely packed with a treasure trove of consumer goods and other valuable items, which have become sitting ducks for armed criminal gangs.

Armed criminal gangs in Baltimore City have recognized the online shopping boom. They’re giving up on robbing brick and mortar stores and have now opted to hijack or rob delivery service vehicles.

Just this week alone, there’s been a series of mail and package delivery drivers targeted in lawless Baltimore City.

According to FOX45 News, the first incident occurred on Monday along Mosher Street, in west Baltimore, an area known for criminal gangs, widespread homicides, and out of control opioid crisis. Investigators said armed suspects hijacked a USPS mail carrier. The van was recovered hours later, but it appears the suspects were able to loot it. USPS is offering a $50,000 reward for any information about the gang involved.

Postal Inspectors are offering up to $50K for info regarding the Nov. 16th robbery of a Letter Carrier on W Mosher St., Baltimore, MD. @USPIS_DC is working with @BaltimorePolice 💵🚨🕵️📞See Reward Poster for Details pic.twitter.com/jAbk3oeNL6

The second incident occurred Tuesday evening at Mary Avenue in northeast Baltimore. A UPS driver had their truck stolen and has since been recovered.

On Wednesday night, investigators say an Amazon delivery van was targeted along Highland Avenue in east Baltimore. Police say the Amazon worker was able to prevent the armed suspect from commandeering the delivery vehicle.

“There’s been an increase in the number of deliveries of packages, parcels and boxes,” Jeffrey Ian Ross, a criminologist with the University of Baltimore, told FOX45.

Ross said the attacks on delivery vans are”unusual.” He said with increased mail volume because of the virus pandemic and holiday season creates an opportunity for armed gangs.

“It’s a cost-benefit calculation,” Ross said. “They may find that other avenues of normal criminality are drying up for them so they’re innovating.”