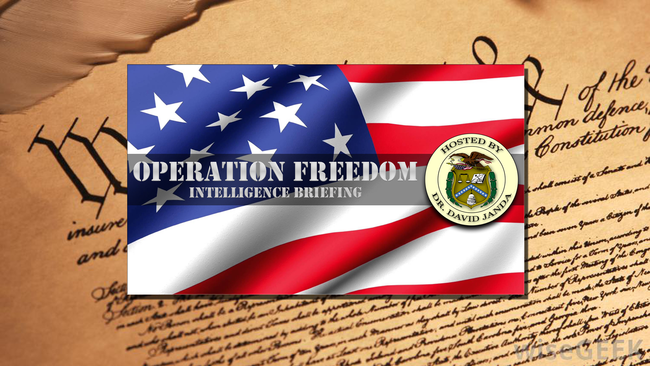 
Update (1000ET): Sidney Powell has issued a statement providing more details, and perhaps confirming the findings below that this is a funding issue… (emphasis ours)

I agree with the campaign’s statement that I am not part of the campaign’s legal team. I never signed a retainer agreement or sent the President or the campaign a bill for my expenses or fees.

My intent has always been to expose all the fraud I could find and let the chips fall where they may–whether it be upon Republicans or Democrats.

The evidence I’m compiling is overwhelming that this software tool was used to shift millions of votes from President Trump and other Republican candidates to Biden and other Democrat candidates.  We are proceeding to prepare our lawsuit and plan to file it this week.  It will be epic.

We will not allow this great Republic to be stolen by communists from without and within or our votes altered or manipulated by foreign actors in Hong Kong, Iran, Venezuela, or Serbia, for example, who have neither regard for human life nor the people who are the engine of this exceptional country.

#WeThePeople elected Donald Trump and other Republican candidates to restore the vision of America as a place of life, liberty and the pursuit of happiness.

You may assist this effort by making a non tax-deductible contribution to www.DefendingTheRepublic.org.  #KrakenOnSteroids”

*  *  *
As AmericanThinker.com’s Andrea Widburg detailed extensively earlier, you probably already know that Trump’s legal team announced that Sidney Powell is not a team member. The brief statement leaves unanswered the most important question: “Why?” Absent solid information, speculation leads us either to “This is the beginning of the end” or “This is all part of the plan” – and I’m leaning to the latter.

Events happened with head-spinning speed. On Thursday, Trump’s legal team held a press conference. Rudy Giuliani talked about traditional voter fraud (cemetery voters, faked ballots, etc.); Sidney Powell talked about corrupt, or corruptible, election software, a familiar topic to the State of Texas NPR, and MSNBC; and Jenna Ellison reminded the press that the conference was not an evidentiary hearing but was, instead, an opening statement.

For over a week, Powell has been making the media rounds, asserting that the system used in several states — Dominion Software, running on Smartmatic machines – originated in Venezuela when Hugo Chavez wanted a system that could cleanly swing elections his way. She spoke about votes being counted abroad, software changes, and vote manipulation over the internet.

While her numbers were breathtaking (Trump “had at least 80 million votes”), Powell’s stated facts tracked available information: Smartmatic came out of Venezuela; in 2007, Smartmatic announced that it was selling its Sequoia Voting Systems to Dominion; the chairman of Smartmatic’s board is a George Soros crony; the system is easily hackable; Georgia’s system was vulnerable; and the data coming out of the swing states shows anomalies that cannot occur naturally. (You can see all the known evidence here.) These facts made Powell’s contentions sound credible.

On Thursday and Friday, there was a public spat between Tucker Carlson and Powell. Carlson claimed Powell had no evidence and got nasty when he pushed; Powell asserted that she offered evidence but Tucker got nasty because it wasn’t when he wanted.

This spat put Trump supporters in the uncomfortable position of choosing between, on the one hand, a lawyer who took on the federal government and proved that it’s attack on Gen. Michael Flynn was a set-up intended to take down both Flynn and then newly-elected President Trump and, on the other hand, a television personality who’s been braver than most in calling out leftism and standing up against his own company’s quisling tendencies. (See also, what a warrior for truth Sidney Powell has always been.)

The Washington Examiner added the claim that “sources close to the president” say Powell lacks evidence, which explains the distancing. Ask yourself if any “sources close to” Trump have ever been correct? They’re invariably NeverTrumpers. It’s possible that this time the source could be correct but I caution patience.

Powell’s response was swift (although it’s been deleted from Twitter):

The chips will fall where they may, and we will defend the foundations of this great Republic. #KrakenOnSteroids” (2/2)

Lin Wood also chimed in, assuring people Powell is still in the game:

Sidney Powell @SidneyPowell1 & I are more alike than we are different.

We are fighting different legal battles for the same clients – We The People.

There are two ways to view all this:

The “it’s all over” viewpoint. Powell overpromised and she’s become a source of danger and mortification who must be jettisoned.

The “there is a deep game afoot” viewpoint.

Here are the moving parts behind this approach:

1. The facts about Dominion and Smartmatic, above.

2. The strong statistical indication about voter fraud, also above.

3. Powell’s statement to Larry O’Connor on Friday that she represents the people, not the president:

4. The information that Michael Flynn Jr. and Lin Wood provided about the administration separating from Powell for financial reasons and her still being in the fight.

Currently, I believe this election was marked by epic fraud. You cannot convince me that Biden, who got 5 or 6 people to his rallies, as opposed to the 52,000 or so at Trump’s rallies in Pennsylvania, ended with more votes than Obama.

Nobody ever said proving this fraud would be easy (or, sadly, even possible). I’m treating unfolding like an epic novel with a surprise ending. I just wish I knew whether it was going to be a happy or a tragic ending.