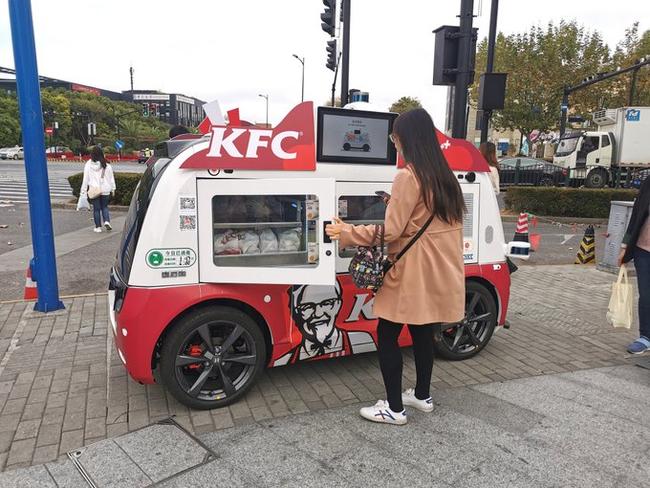 Twitter handle “shanghaineko” snapped a couple of pictures of the unmanned vehicles with KFC chicken for sale outside a metro station in the city of Shanghai.

In another tweet, shanghaineko shows there is more than one autonomous KFC food truck.

According to Malaysian media outlet SoyaCincau, customers can “place an order on the screen, and it accepts payment via QR-code. After payment is made, the door will open for you to collect your order.”

SoyaCincau states the food trucks are manufactured by Neolix, a self-driving logistics startup based in Beijing.

The startup offers autonomous delivery vehicles that are level 4 as defined by the Society of Automotive Engineers.

Neolix’s autonomous delivery vehicles have a range of up to 62 miles on a single battery charge.

And it’s not autonomous delivery that is revolutionizing the food industry via the adaption of automation and artificial intelligence, White Castle has recently announced it will begin automating its US kitchens.

The virus pandemic is being used as an excuse to automate millions of jobs worldwide.