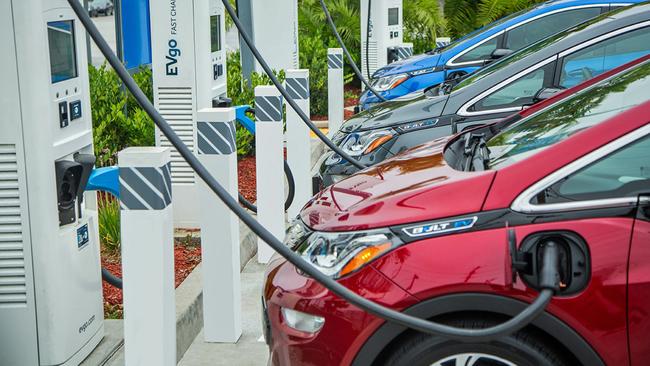 
By Linda Baker, of FreightWaves

“President-elect Biden recently said, ‘I believe that we can own the 21st century car market again by moving to electric vehicles.’ We at General Motors couldn’t agree more,” Barra wrote.

Barra said GM is no longer backing a Trump lawsuit that aims to undercut California’s ability to set its own fuel economy standards.

“We believe the ambitious electrification goals of the President-elect, California, and General Motors are aligned to address climate change by drastically reducing automobile emissions,” she said.

“We are confident that the Biden Administration, California, and the U.S. auto industry, which supports 10.3 million jobs, can collaboratively find the pathway that will deliver an all-electric future. To better foster the necessary dialogue, we are immediately withdrawing from the pre-emption litigation and inviting other automakers to join us.”

The letter comes less than one week after Barra said during the Barclays Global Automotive Conference that the OEM would ramp up its electrification goals, and bring to market 30 all-electric models globally by mid-decade.

GM had previously said it would bring 20 electric models to market by 2023.

The company’s truck electrification plan includes ongoing negotiations to take a stake in electric truck maker Nikola Corp, as well as supply advanced batteries and fuel cells for Nikola’s Class 7 and 8 trucks. An electric delivery van is also reportedly in the works.

According to The New York Times, Barra on Monday also spoke by telephone with Mary Nichols, head of the California Air Resources Board and a leading candidate to helm the Environmental Protection Agency in a Biden administration.