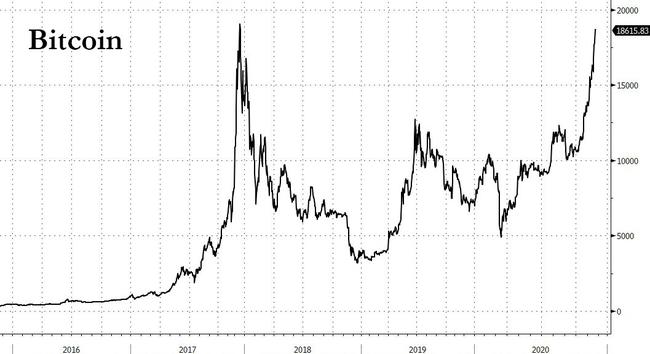 “I am requesting that the Federal Reserve return the unused funds to the Treasury,” wrote Steve Mnuchin, in a letter addressed to Fed Chairman Powell, shutting the lights off on his way out.

“In the unlikely event that it becomes necessary in the future to reestablish any of these facilities, the Federal Reserve can request approval from the Secretary of the Treasury,” continued Mnuchin.

Days earlier, Chairman Powell had stated, “The Fed will be strongly committed to using all of our tools to support the economy for as long as it takes until the job is well and truly done. When the right time comes, and I don’t think that time is yet or very soon, we will put those tools away.”

So apparently, the time has come. In any other period, such a public disagreement between the Treasury Secretary and Fed Chairman would have sparked an abrupt 10% decline in the S&P 500, particularly when the Fed has so few tools at its disposal and fiscal policy is the only true lever capable of lifting the real economy.

In fact, the only thing that really moved was Bitcoin and its brethren, which staged a stunning rally on the accelerating loss of faith in fiat along with a vague sense that something powerful, apolitical, transnational, is emerging in the cloud.

You see, the market seems to have so little confidence in our politicians that they no longer even trust them to engage in a proper fiscal fight. Instead, markets increasingly believe that no matter how dysfunctional our political parties, how damaged our democratic institutions, how deep our self-inflicted wounds, in the end, all paths lead to an increasingly abundant supply of debt and dollars.

And the market is not wrong.