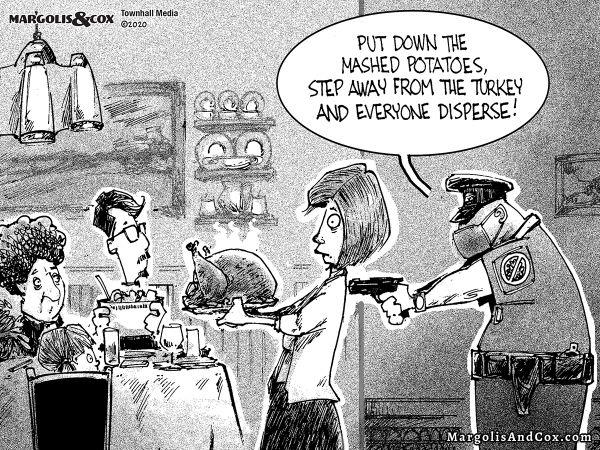 
Authored by Thomas Lifson via AmericanThinker.com,

Sheriffs in 5 Southern California counties with a total population of 17.25 million people – equivalent to the fifth most populous state – are defying that state’s governor. They will not arrest people for violating the statewide curfew that Governor Gavin Newsom has imposed starting today, apparently on the belief that the virus wakes up, and goes out at 10 PM.

We’ve now heard from every Sheriff in our SoCal viewing area. San Bernardino, Orange, Ventura, & Riverside Counties will not actively enforce the curfew order. LA Sheriff will take a voluntary compliance/education first approach, will not make any arrests related to order @FOXLA

We’ve heard from the Sheriffs, we are now starting to hear from from city police departments about the curfew. Ontario and Laguna Beach PDs say they will NOT actively enforce the order, seeking voluntary compliance. Costa Mesa and Irvine PDs WILL take part in enforcement. @FOXLA

Newsom has lost all credibility for restricting activity in the name of suppressing the spread of Covid.  He was caught and exposed flouting his own ridiculous strictures on eating in restaurants (put your mask back on between bites of food).  Public exposure of his mask-less attendance at a party full of lobbyists at one of the fanciest restaurants in the world with no social distancing was bad enough. But his subsequent lying, smirking  non-apology apology may well be the death knell for his political career.

His behavior was in utter disregard of his own guidelines for Californians observing Thanksgiving:

CA Gov’s Thxgiving insanity:
-Must be held *OUTSIDE*;
-Guests may use bathrm inside if sanitized;
-Masks on while not eating;
-Singing “strongly discouraged;”
-Max of two hours together;
-6 feet *mandated* in all directions b/twn all at table & otherwise. https://t.co/wPpOBgSctN

Other sheriffs in Northern California, including Sacramento County, where the Governor now lives, are also refusing to enforce the curfew.

In a telephone conversation with Paul Olson on November 18, whose company, GoCo Consulting, is doing the petition verification for the recall, he confirmed that his firm has already processed 494,000 signed petitions which have either just been turned in or are now being delivered to the county clerks around the state. Olson also confirmed that his firm is currently processing another 230,000 signatures.

When combined with the 55,000 that were turned in earlier in the year, and the ones already signed but still being delivered, conservatively estimated at 60,000, this campaign has already collected over 800,000 signed recall petitions.

Californians may go here and download hard copies of the recall petition and obtain up to 5 signatures for each copy, for submission.

Californians have already recalled one governor, Gray Davis, which ended his political career. Newsom, who long has had his sights on the Oval Office, and who is related by marriage to Nancy Pelosi, is now the focus of public resentment over arbitrary restrictions in the name of Covid. It is a status he has earned.