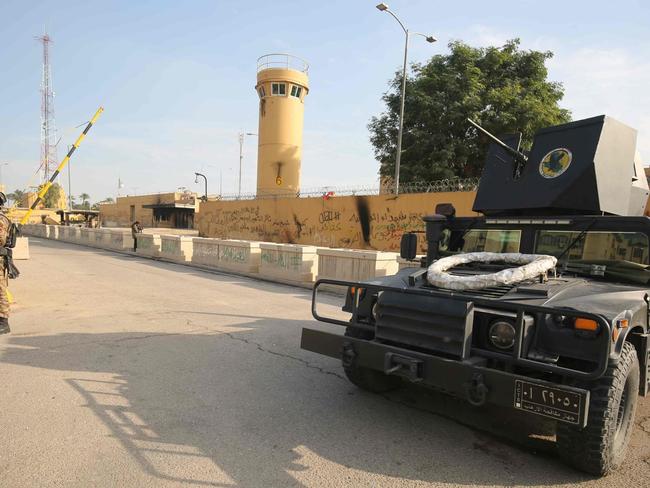 
Iran’s military has issued instructions for all regional allies to be on “high alert” during these last week’s of Trump’s presidency, fearing that any provocation or escalation in tensions whether intentional or not could be used as justification by the White House to attack Iran or partners in the Middle East.

The Associated Press cited Iraqi officials who said they were notified that “provoking tensions with the US that could give an outgoing Trump administration cause to launch attacks in the US president’s final weeks in office.”

“The request – delivered by a senior Iranian general to allies in Baghdad this week – reflects the growing regional anxiety over President Donald Trump’s unpredictable behavior and the uncertainty in the chaotic transition period until President-elect Joe Biden takes over in two months,” the AP said further.

While Tehran has been in celebratory mood given the defeat of Trump in the US election, which means the end of his and Pompeo’s ‘maximum pressure’ policy, there are fears the administration could do something dramatic prior to Biden being inaugurated on Jan.20.

Days ago a top military adviser to Iran’s supreme leader, Hossein Dehghan, told the AP in an interview that Washington needs to understand that any act of military aggression would mean “full-fledged war” in the region as Iran won’t hesitate to respond.

“We don’t welcome war. We are not after starting a war,” Dehghan – who is also closely connected to the elite IRGC said.

Early this past week The New York Times reported that President Trump wanted to preemptively attack Iran’s nuclear facilities but had to be talked out of it in a meeting with cabinet members the prior Thursday:

President Trump asked senior advisers in an Oval Office meeting on Thursday whether he had options to take action against Iran’s main nuclear site in the coming weeks. The meeting occurred a day after international inspectors reported a significant increase in the country’s stockpile of nuclear material, four current and former U.S. officials said on Monday.

Apparently Iran itself is taking this possibility very seriously as they wait with bated breath for Biden to assume office, given he has promised to try and restore US participation in the 2015 nuclear deal (JCPOA).

The US is still a UN member. If it meets its obligations as such under UNSCR 2231, we will fulfill ours under the #JCPOA.

If the US then seeks to re-join the JCPOA, we’re ready to negotiate terms for it to regain its “JCPOA Participant” status.https://t.co/cQXJo8PZak

The US and Iranian proxies have directly squared off over the past two years particularly in Iraq, given the widespread presence and influence of the Iraqi Shia Popular Mobilization Units (PMU).