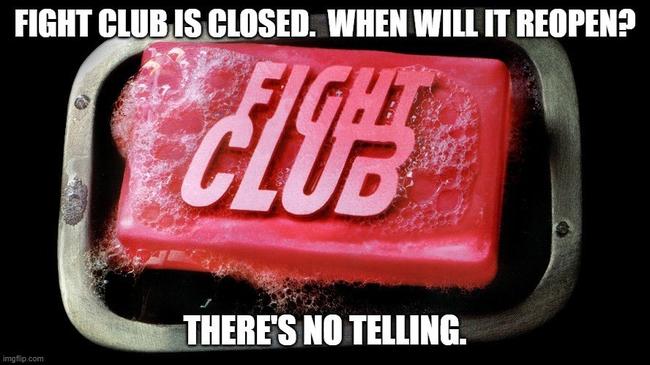 “Fight for us.  And regain your honor.”

– The Lord of the Rings:  The Return of the King

When I was a kid growing up, I read 1984 by George Orwell.  This was the grim version, as opposed to the much funnier version by Mel Brooks.  It had a profound effect on my worldview, as books often do when you read them in 7th grade.  In it, a globalist group of communists fought each other continuously, while subjugating the entirety of the human race.  Hmmm, wait, that sounds familiar?

1984 was a bleak book.  I’m not sure who I talked about it with, outside of writing the chicken scrawl of a report in schoolboy block letters and handing it to my really hot 7th grade English teacher.  Since my reading scores were, well, advanced, she just let me read what I wanted to read while the rest of the class all read the same book.  It felt nice being a special pretty pony.

Frivolity was where the masses were, more or less, endlessly drugged and entertained and so that their opinions never had a chance to develop, or impaired at birth so they could never think.  The tyranny in Brave New World was the tyranny of a vapid public who never thought beyond the most recent mindless and sexual encounter (strongly encouraged by the state) and the latest movie.

Oh, wait, that sounds familiar too.

Yet another dystopia is the movie (and book) Fight Club.  Fight Club is a 1999 movie based on a 1996 novel that (mostly) tracks the movie.  It is a creation of the 1990s, but, to quote the most excellent YouTube® movie reviewer, The Critical Drinker (LINK, some PG-13 language), it is very relevant to today’s world.  If you haven’t watched this 21-year-old movie and are interested, I suggest you watch The Critical Drinker’s review afterward – he includes spoilers.  I’ll warn you – the R rating was earned, and there are some very dark moments to the movie.

There won’t be any spoilers here – what I have to say doesn’t require me to spoil the film.

To really get Fight Club?  You have to watch it at least twice.  It is a thoughtful movie.  Does it have detractors on the Right?  Sure.  It’s R-rated.  Some have called it nihilistic (I disagree) and there are other complaints which I won’t go into here.  Regardless, I won’t beat myself up for going against the grain of other folks who didn’t like the movie.

Very few movies are perfect, but this one is very, very good.

I first watched Fight Club in 2012 or so.  It made over $100 million at the box office, so at least someone talked about Fight Club.  When I finally watched it (which was no fewer than three basement furniture re-arrangements ago) I was stunned.  How stunned?  It’s the only movie that has its own tag on this blog.

The constant, pervasive theme of this movie is that the systems of globalism have created boxes for men that make them less than men.  Here’s Tyler Durden (one of the movie characters):

“We’re consumers. We are by-products of a lifestyle obsession. Murder, crime, poverty, these things don’t concern me. What concerns me are celebrity magazines, television with 500 channels, some guy’s name on my underwear. Rogaine, Viagra, Olestra.”

This is a simple translation.  A large proportion of the citizens of the United States define themselves by:

These things are death to the soul.  As the character Tyler Durden explains:

Marcus Aurelius and Seneca nod in approval.  They’d follow up:  you are your virtue.

And you, dear reader, are not your money or your clothes.  In many ways we are conditioned by society to believe that those are the things that define us.  We are not.  And if you believe that, you’re not alone.  Tyler describes the twilight of the soul brought about by a life dedicated to consumerism and status.  Live for the material world, and you’ll be swallowed by the material world.  You can never achieve enough, because someone always has more, does something better.

With that philosophy?  Money becomes the god that men seek:

“Damn it, an entire generation pumping gas, waiting tables; slaves with white collars. Advertising has us chasing cars and clothes, working jobs we hate so we can buy (stuff) we don’t need. We’re the middle children of history, man. No purpose or place. We have no Great War. No Great Depression. Our Great War is a spiritual war.  Our Great Depression is our lives. We’ve all been raised on television to believe that one day we’d all be millionaires, and movie gods, and rock stars. But we won’t. And we’re slowly learning that fact. And we’re very, very pissed off.”

I saw a meme (didn’t save it, don’t have the author but I’d love to credit them) that I (sort of) reproduce below:

Michigan is going to ban car sales based on popular Internet videos – the governor wants to stop car-owner-virus.

This meme gets me.  It’s the essence of Fight Club.  We’re a species that is, more or less, programmed to achieve.  For who?  For our group.  It’s why the NFL® is popular today.  Okay, that’s why the NFL™ was popular until they showed us that we’re really not part of their group at all.

We run races for a reason.  We play basketball.  We wrestle.  We have swim races.  Well, you guys have swim races.  I was in a 100-yard swim race in sixth grade and placed 11 out of 12.  I wasn’t dead last because some poor kid got the cramps.  My 11th place finish wasn’t close.  I think they ended up timing me with a calendar and an abacus.

It’s wired into us.  Competition partially defines us.  And the stakes have to be real.  There is, of course, a religious aspect as well.  A man has to serve a higher power.  It’s not just competing for today.  There is a bigger game, and there are bigger stakes.  That’s what makes it worth playing the game.  Life is more than consumption and procreation.

But men who can run a race fairly and lose with grace are men.  They don’t have to like losing – no man does.  But loss is a forge that makes us stronger, gives us incentives.  Thomas Sowell (I think?) once said that if he were designing a car for safety, he’d put a Bowie knife pointed at the driver in the center of the steering wheel, not an airbag.

Now?  We insulate children from the Great Game.  Lose?  That’s okay, you tried.

No, it’s really not.  I lost the swim meet because I suck at swimming and am only slightly better than a car at swimming.  Slightly.

Antifa protestors – never have to take time off from work.

Did I focus my energy on something where I could be as good as nearly anyone in the state?

Swimming was pointless.  Telling me that it was okay was worse than pointless.  It was a lie.

JACK, in voiceover:  On a long enough timeline, the survival rate for everyone drops to zero.

TYLER DURDEN: Give me your wallet.

Tyler pulls out the driver’s license.

TYLER:  They give basement apartments letters instead of numbers.  Raymond, you’re going to die.  Is this a picture of Mom and Dad?

TYLER:  Your mom and dad will have to call kindly doctor so-and-so to dig up your dental records, because there won’t be much left of your face.

TYLER:  “Stuff.”  Were the mid-terms hard?  I asked you what you studied.

TYLER:  What did you want to be, Raymond K. Hessel?

TYLER:  The question, Raymond, was “what did you want to be?”

TYLER:  Stuff.  That means you have to get more schooling.

RAYMOND:  Too much school.

TYLER:  Would you rather be dead?

Tyler uncocks the gun, lowers it.

TYLER:  I’m keeping your license.  I know where you live.  I’m going to check on you.  If you aren’t back in school and on your way to being a veterinarian in six weeks, you will be dead.  Get the hell out of here.

TYLER:  Imagine how he feels.

Tyler brings the gun to his own head, pulls the trigger — click.  It’s empty.

JACK:  I don’t care, that was horrible.

TYLER:  Tomorrow will be the most beautiful day of Raymond K. Hessell’s life.  His breakfast will taste better than any meal he has ever eaten.

How many people would love to have Tyler come into their lives and make them live their dreams?

How many people struggle through life, because they can’t take the next step?

My limiting factor is my imagination.  I realize that – it’s probably yours as well.

Regardless of the dystopias of 1984 and Brave New World, Fight Club shows a dystopia where we can win.  How do we win?

By understanding that our lives are in a precarious balance, just like Raymond K. Hessell.  And the first step to living life?  It’s letting go.  Achieving.

And if you lose at swimming?  Try again.  Or try a new game.

At the end of Fight Club, men prove themselves to be stronger and larger than the dehumanizing systems that they serve.  It’s your choice.  How will your breakfast taste tomorrow?