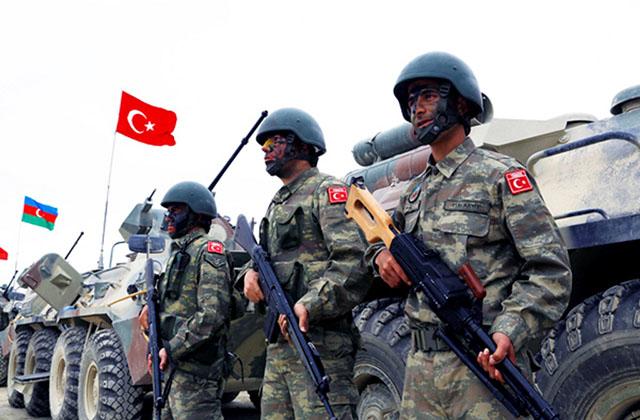 
Leaders in Turkey have expressed frustration in the past days over being cut out of talks that led to a Russia-brokered truce agreement in Nagorno-Karabakh, which crucially saw nearly 2,000 Russian peacekeeping troops deploy there over the weekend.

Turkey is seeking to set in motion plans for its own ‘peacekeeping’ force to deploy as a guarantor ensuring Azerbaijan’s gains as part of the deal are upheld.

As part of the truce terms Armenia and Nagorno-Karabakh must return the Armenian ethnic districts of Aghdam, Kalbajar and Lachin to Azerbaijan according to a timeline negotiated under the Russians, which has set Dec.1 as the date by which the districts are handed over.

Al Jazeera cites state media to report that “Turkey’s government has submitted a motion to parliament, seeking its approval to deploy peacekeepers to monitor a ceasefire agreement between Azerbaijan and Armenia.”

Thus far amid ongoing talks with Moscow, it’s been agreed that Russia and Turkey can establish a joint monitoring center in Azerbaijan.

However, prior Russian Defense Ministry statements emphasized that Turkish troops would not be joining Russian forces on the ground. A bill is now going through Turkey’s parliament to approve the mandate:

The bill submitted to the parliament on Monday requests a one-year mandate to send Turkish peacekeepers, adding that President Recep Tayyip Erdogan would determine the number of troops to be sent.

The motion says: “It has been assessed that for the Turkish Armed Forces personnel … to take part in the Joint Center which Turkey and Russia will form together, will be beneficial for the peace and welfare of the region’s people and is necessary from the point of our national interests,” according to state-run Anadolu Agency.

The Russia-brokered peace deal signed last week between the leaders of Armenia and Azerbaijan at a moment Azerbaijan appeared to have the clear military upper-hand has been called by Azerbaijan’s president a clear “capitulation” by Yerevan. Baku has been hailing it as a ‘victory’ over Armenia.

It’s come at a huge cost for the Armenian side in terms of losing possession of significant districts of the disputed territory following six weeks of fierce fighting that has left thousands dead and wounded.