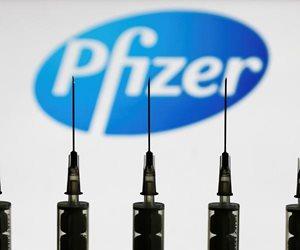 
After confirming yesterday that its Phase 3 vaccine trial had finally recorded its last confirmed COVID-19 infection needed before applying for an emergency use approval from the FDA, Pfizer Wednesday morning has just released a summary of its “final” data which – as luck would have it – showed the Pfizer vaccine is actually 95% effective, leaving it on par with Moderna’s vaccine.

On the surface, this final number seems to be an improvement on the 90%+ effective preliminary finding released by Pfizer last week. What’s more, the new data answered a critical question posed by experts: how effective is the vaccine on older and more vulnerable patients? Pfizer and Biontech said Wednesday that the  vaccine’s efficacy in people older than 65 was more than 94%.

According to WSJ, now that the final data is in, Pfizer expects to apply for the EUA within days, the company said Wednesday.

Shares were trading almost 4% higher in premarket on the news.

Meanwhile, shares of Pfizer partner BioNTech were up nearly 8% premarket on the news.

Additionally, Pfizer released more details about the trial data, showing that out of 170 adult adult volunteers in the 44k-person study, 162 received a placebo, while 8 had received the vaccine. A review of 8,000 subjects showed that the vaccine appeared to be well-tolerated, though some more serious side effects have been reported, including headaches and fatigue that afflicted some people after the second dose.

Both Moderna and Pfizer are using a revolutionary new technique, a gene-based mRNA technology, for their vaccines, which is one reason they have been developed more quickly than other more traditional rivals. Both shots effectively reprogram human cells to produce antibodies and fend off the virus.

We must say, it’s almost comical how Pfizer’s results have moved a whole 5 percentage points since last week (though, to be fair, the company said last week that the number should be “over” 90%).

There’s something more than just humor here: it speaks to how imprecise these numbers could be, since the sample sizes being used by the researchers (they only documented 170 confirmed cases in the whole trial so far) is so small.