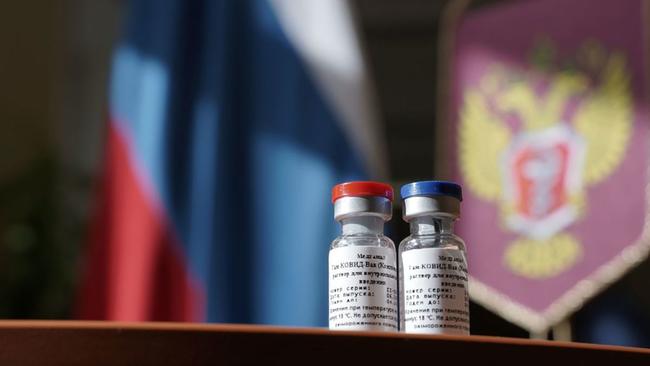 
In the United States and the West broadly all eyes are on the Moderna and Pfizer coronavirus vaccines, as well as planning for the “logistical nightmare” of mass distribution to the population once fully proven effective. Hours after Moderna on Monday hailed its vaccine as nearly 95% effective the WHO in a press conference said the trial results are “encouraging”.

However, what’s being given far less attention yet is a potentially much more important geopolitical development, is that after the claimed effectiveness of Russia’s Sputnik V vaccine, which interim trial results showed to be 92% effective (announced last week), Israel is in talks with the Russian government to possibly buy the vaccine.

On Monday afternoon (local time) Israeli Prime Minister Benjamin Netanyahu told reporters: “About an hour ago I spoke with Russian President Vladmir Putin regarding the possibility of purchasing an option on the vaccine Sputnik-V.”

Netanyahu added that “We will discuss this in the coming days” in reference to Israeli access to Sputnik V. Netanyahu is also speaking with with American multinational Pfizer in what appears an effort to cast as wide a net as possible for Israel’s large-scale vaccine procurement.

“My goal is to bring as many vaccines from as many sources to as many citizens, as quickly as possible,” Netanyahu said Monday after talking to Putin.

Last week Netanyahu described of talks with Pfizer chairman and CEO Albert Bourla, “I am constantly working to bring vaccines to Israel… The entire world wants to receive its drugs. We are conducting negotiations with them.”

Hadassah-University Medical Center has already signed a memorandum of understanding with the country’s sovereign wealth fund, Russian Direct Investment Fund, and the Gamaleya Research Institute of Epidemiology, who are collaborating on the production of the vaccine, according to Hadassah head Prof. Zeev Rotstein.

He told The Jerusalem Post that the hospital had submitted the dossier to the Health Ministry to register the vaccine and has signed an MOU for 1.5 million doses of the vaccine candidate.

This doesn’t necessarily mean any decision has been made for large-scale purchase of the Russian vaccine, but pilot programs for presumably multiple vaccines are being readied.

Russia was the first country to approve a #coronavirus vaccine – and it also claims its vaccine is the best https://t.co/9ea08xj3tm

According to further explanation from the Hadassah-University Medical Center director:

“We know that the chances of Israel enjoying vaccines from different countries are unclear,” Rotstein said. “Different governments could decide to vaccinate their people first and only then send vaccines to other countries. We came to the agency early so we could get on the list.”

This comes after Russia has faced months of criticism that its vaccine was being “rushed” amid broader accusations and suspicions when it comes to Russian technology and science.

Russia has lately touted that “The Pfizer vaccine requires storage at minus 70 degrees, whereas Sputnik V can be maintained at minus 18 degrees, making it easier to store and distribute,” according to Sky News.

UK and US reports have further described the international race to be the first country to deliver an effective and safe COVID-19 vaccine as a ‘medical Cold War’ of sorts.