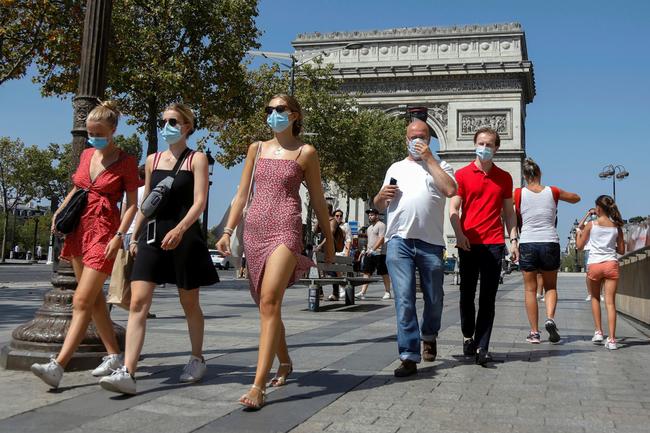 Update (1000ET): Continuing to follow the pattern from last week’s Pfizer data release, Moderna on Tuesday announced a deal to 5 million doses of the COVID-19 vaccine.

Sen. Grassley, meanwhile, said he’s been exposed to someone with the virus, and that he will “follow my doctor’s orders” and “immediately quarantine” according to a statement published to twitter.

In the biggest news out of Europe Tuesday morning, French-language media outlets France Info radio reported that French bars and restaurants will likely remain closed until mid-January as the government tries to tampe down on the resurgent coronavirus outbreak.

Goverment officials are planning to review the situation next month, but “for now, there’s no calendar set”, one anonymous official said. Health Minister Olivier Veran said on BFM TV that bars and restaurants wouldn’t reopen in December. Even as the number of new cases declines, some shop owners are pushing the gvernment ot allow them to reopen for the weekend after Friday Nov. 27, according to Bloomberg.

For now, at least, it looks like Macron’s Dec. 1 goal is already beyond reach.

“For now, the prime minister has announced that we’ve set a goal of Dec. 1 to let them reopen if the health situation continues to improve,” Veran said. “There’s encouraging news, but it remains serious. We still have more patients in the hospital today than at the peak of the first wave.”

As the holidays approach, florists will be able to sell Christmas trees outside their shops starting Friday, said Agriculture Minister Julien Denormandie in an interview with RMC radio. Florists now are only allowed to sell flowers if customers order them in advance.

From California to New Jersey, states are reimposing strict new lockdown measures with roughly a week and a half to go before the holiday, with California pulling the partial-lockdown “emergency break” and Michigan adopting one of its own to last at least 3 weeks.

The new restrictions follow an unprecedented surge, with the US reporting a million new infections during the first ten days of November, prompting health experts like Dr. Anthony Fauci to warn that both Thanksgiving and Christmas should be cancelled this year. On Monday, Dr. Deborah Birx, a member of the White House task force, said she isn’t seeing a plateau in new cases.

New cases are averaging 150k new cases per day in the US, an increase of 37% over the past week, with hospitalizations hitting a new peak of 73k. Additionally, the 7-day average for deaths has climbed to 1,128, the highest level since the summer. All of this, of course, follows news that Moderna’s mRNA-based COVID-19 vaccine is even more effective than Pfizer’s, creating that “light at the end of the tunnel” that recently helped push the Dow to a new record.

But reality was setting back in on Tuesday, as US futs pointed to a drop at the open. According to data from Bloomberg, Pennsylvania has seen a 14% jump in total cases, while Ohio’s have surged 19%, Washington state’s climbed 11% and Illinois’s are up 18%. Michigan’s cases have increased 20%, the most since April.

After VP Mike Pence insisted that plenty of hospital beds remain open around the country, hospitalizations per million people has topped 500 in ND an SD. 8 states have more than 400 per million hospitalized.

Illinois and Michigan reported more than 10k new cases yesterday, as the present wave of the outbreak remains centered on the midwest.

Global cases have topped 55 million as of Tuesday morning, thanks to the latest numbers out of Europe and Asia. Deaths worldwide have reached 1,329,556. The world added more than half a million new cases yesterday, down from record highs seen earlier this month, but still higher than at any time during the spring and summer.

Here’s some more news from overnight and Tuesday morning:

Pfizer says it is starting a pilot program for COVID-19 immunization in four U.S. states to help refine a plan to deploy its vaccine candidate. The U.S. drugmaker has selected Rhode Island, Texas, New Mexico and Tennessee (Source: Nikkei).

Australian Prime Minister Scott Morrison arrives in Tokyo to discuss with Japanese counterpart Yoshihide Suga about strengthening ties, including establishing a framework for each country’s troops to train together and conduct joint military operations. Morrison will be the first foreign leader to meet Suga and is expected to spend the nationally mandated two weeks in quarantine when he returns home (Source: Nikkei).