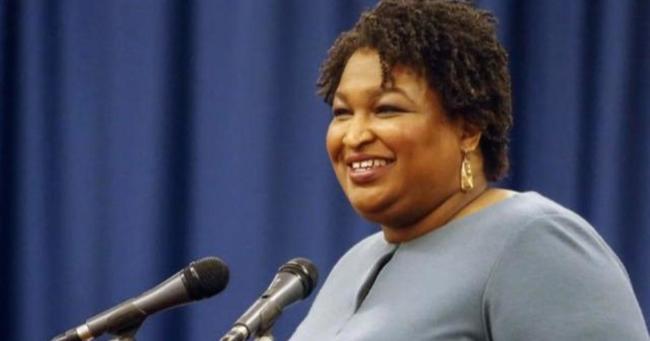 
On January 5, two runoff races in Georgia could decide whether Republicans maintain control of the Senate, the loss of which would have serious implications for Americans – from higher taxes, to healthcare, to other Democratic agenda items which a GOP-controlled Senate would otherwise block for at least the next two years.

BREAKING: More than 600,000 Georgians have requested their mail ballots for the January 5 runoff elections.

Help elect @ReverendWarnock and @ossoff to the U.S. Senate by requesting your ballot today ➡️ https://t.co/xCyh7BhY3o. Happy voting and let’s get it done… again. #gapol pic.twitter.com/G65qB8NMpg

Abrams included a link which Georgians can use to request a mail-in ballot for the January runoffs between Sen. Kelly Loeffler (R-GA) and Raphael Warnock (D-GA), as well as Sen. David Perdue (R-GA) and his Democratic challenger Jon Ossoff.

Last week, Abrams targeted “Georgia student” in an outreach attempt to have them request mail-in ballots before the runoff election. Meanwhile, Perdue and Loeffler have been raising piles of cash for their runoff campaigns – which could be some of the most expensive in history.

The rush to encourage mail-in ballots comes amid serious questions over the integrity of this year’s general election, challenges to which are now working their way through the courts in a bid by President Trump and his allies to overturn the results in key states over claims of widespread voter fraud.

In Georgia, Loeffler and Perdue have called on Georgia Secretary of State Brad Raffensperger to resign over alleged mishandling of the election.

“The management of Georgia elections has become an embarrassment for our state. Georgians are outraged, and rightly so,” said the two Republicans in a joint letter. “We have been clear from the beginning: every legal vote cast should be counted. Any illegal vote must not. And there must be transparency and uniformity in the counting process. This isn’t hard. This isn’t partisan. This is American.”