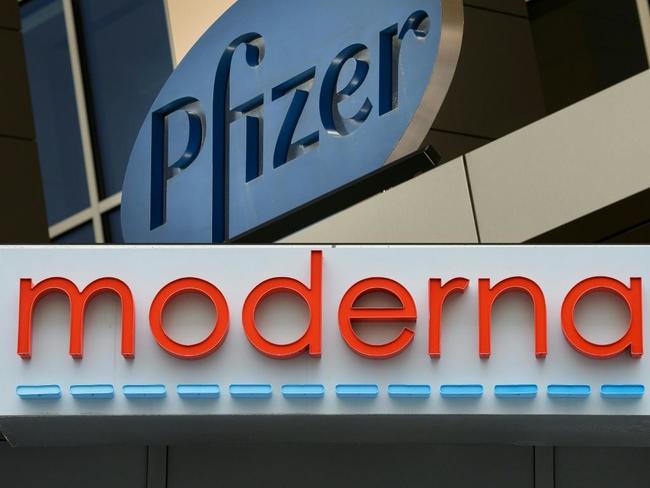 
Humans have been developing vaccines for centuries.

However, the rush for a vaccine to combat COVID-19 forced scientists to adapt and develop new techniques to try and expedite the global quest for a solution. Now, both Moderna and Pfizer (along with Pfizer’s German partner BioNTech) have released headline data purporting to show their mRNA vaccines to be surprisingly effective.

What’s more, as Moderna revealed on Monday, unwanted side-effects, which were expected to be worse than what emerges following the administration of a flu vaccine, appeared to be surprisingly mild. With the market fixated on the race for a vaccine, Deutsche Bank published an updated guide to where all the major vaccine projects stand just a few days ago.

But the major takeaway from these mRNA vaccines is that they don’t work like the vaccines of yore. Instead of using dead or weakened viral genetic material to provoke an immune response.

As Businessweek explained in its ‘vaccine issue’ published over the summer, Moderna’s mRNA-1273 vaccine consists of a strand of mRNA that tells the body to produce the spike protein the coronavirus uses to latch on to human cells. This strand functions like one side of a zipper: the “teeth” are a sequence of chemical letters that cells read to produce the 1,273 amino acids comprising the famous protein “spikes” that the virus uses to latch on to human cells.

When it works as intended, the vaccine starts producing the proteins soon after injection, prompting the immune system to react and build up protective antibodies against them.

Here’s a helpful graphic from Bloomberg.

How do the results compare?

Moderna said Monday its vaccine was 94.5% effective in a preliminary analysis. That compares favorably with the lofty level achieved a week earlier by Pfizer and its partner, BioNTech SE. The shot created by the U.S. and German companies was found to be more than 90% effective. Moderna data showed that side effects were generally short-lived and there were no significant safety concerns, while no serious Covid cases developed among trial participants who got the vaccine. U.S. regulators earlier this year released guidance that said any shot should be at least 50% effective.

What do the two vaccines have in common?

Both shots rely on a technology called messenger RNA that has never been used before to develop an approved vaccine. The approach is designed to transform the body’s own cells into vaccine-making factories. The vaccines instruct cells to make copies of the spike protein of the coronavirus, stimulating the creation of protective antibodies.

How are they different?

Moderna received $955 million from the U.S. Operation Warp Speed program. Pfizer has said it didn’t receive any federal funding to develop its vaccine, though BioNTech got as much as 375 million euros ($444 million) in German government assistance. Still, Pfizer has struck a supply agreement with the U.S. worth nearly $2 billion. The U.S. has agreed to pay up to $1.53 billion to purchase supply of the Moderna shot.

What are the storage and distribution challenges?

After vaccines are approved, the effort to immunize hundreds of millions of people will need to overcome a series of other hurdles. Storage and distribution for some of the products is complex. Pfizer’s vaccine must be stored ultra-cold until a few days before it is used, but can be kept at refrigerator temperatures for as much as five days. Moderna, meanwhile, pointed to new data showing its vaccine is stable at refrigerator temperatures for 30 days, much longer than a previously estimated seven days. It can be kept in freezers over the longer term and doesn’t need the special facilities required for the Pfizer vaccine.

With regulatory approval inching closer, we expect more attention will be paid to the deals being struck by Pfizer, Moderna and the like to sell millions of doses to the US, Europe etc.

To be sure, mRNA vaccines are a new technology, and thus present a double-edged sword: while they have become the first vaccines to show results in the west, many questions about their long-term efficacy and side effects remain. While they may ultimately prove harmless with time, there’s little denying the fact that everyone who receives a vaccine during the first round of testing will be like their own little guinea pig.