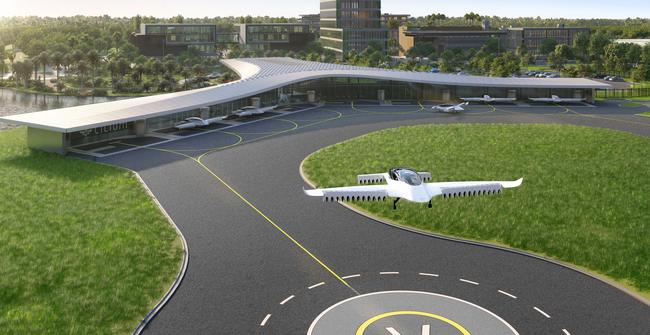 Lake Nona, Orlando will be the flying taxi hub’s future site that will allow Floridians to travel by Liliume’s eVTOL within a 186-mile radius, serving several major cities, including Orlando and Tampa.

The Lake Nona “vertiport” as what Lilium calls it, will be the country’s first urban and regional air mobility network as well as Lilium’s first location. It partnered with Florida-based property developer Tavistock Development to design and construct the project.

“We are thrilled to partner with Tavistock and build the first stretch of Florida’s high-speed electric transportation network with Central Florida at its core,” said Dr. Remo Gerber, Chief Operating Officer, Lilium.

Gerber continued: “It shows that regional high-speed air mobility can be built by private initiative and give communities such as Lake Nona, which can also serve Orlando and arrivals from its international airport, the ability to determine themselves whether they want a link into a high-speed transportation network.”

At the moment, the future of US transportation could be air taxis and Hyperloop travel.