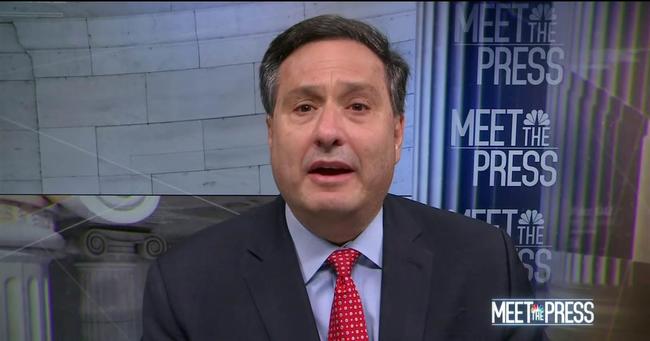 
Not long ago, senior Trump Administration officials, including DHHS head Alex Azar, confirmed that Joe Biden and his team were briefed on the results of the Pfizer Phase 3 vaccine trial before the Trump Administration, a brazen gesture of disrespect toward a sitting president.

Now, in the latest indication that the Pfizer vaccine news was a coordinated rollout intended to delay the results until after the Nov. 3 vote, Ron Klain, the man picked by Joe Biden to serve as his chief of staff, just let it slip during an interview on NBC’s “Meet the Press” that Biden and his team would be meeting with Pfizer and the other vaccine makers this week.

Although there’s little they can actually do right now to help Americans weather the storm (indeed, as Goldman explained earlier, unless we can physically change the temperature, there’s not much anybody can do), Biden’s advisors are set to start meeting with Pfizer and other drug makers this coming week.

The Biden team certainly doesn’t feel it’s too early to start planning, and it’s likely the meeting is simply about strategy. Still, with all the tensions surrounding the election and its results, it’s perhaps not the best optics. Especially since these meetings started taking place even before the election.

“We’re going to have meetings between our top scientific advisers and the officials of these drug companies, not just Pfizer but there are other promising vaccines as well. We’re going to start those consultations this week,” Klain said.

At the same time, Klain acknowledged that despite all the tough talk from the administration-in-waiting, there’s really not much Biden can do right now to tackle the virus, since he has no formal power.

Biden Chief of Staff @RonaldKlain says the president-elect is unable to contact Dr. Fauci until the election is certified.

“Biden’s going to become president in the midst of an ongoing crisis. … Our experts need to talk to those people as soon as possible so nothing drops.”

Klain also acknowledged that the media frenzy spurred by Trump’s tweets Sunday morning about the election is just more noise.

Watch the full interview with Klain below: