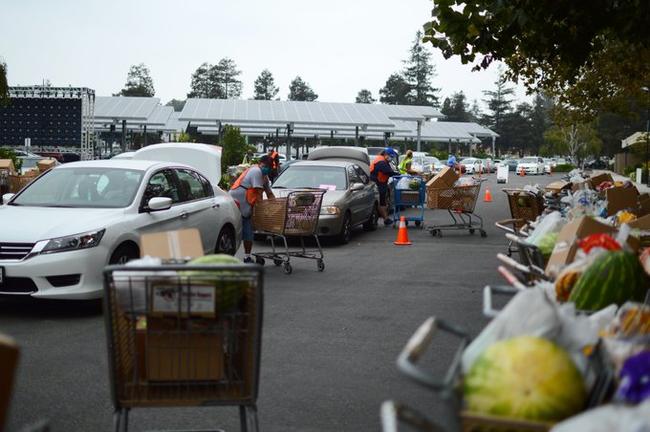 
The virus pandemic is threatening another lost decade, similar to the Great Recession of 2007-2009, or even the Great Depression of the 1930s, for America’s working poor.

Widespread permanent job loss and the collapse of small and medium-sized enterprises have become a severe risk to the broader recovery – as the economic fallout from the virus-induced downturn could linger for years.

Case in point, the San Francisco Bay Area has lost 350,000 jobs this year – leaving many households with food and housing insecurity problems ahead of the holiday season.

Local news station KQED offers a sobering reminder of the economic devastation left behind from the virus – and one that will likely continue to intensify as virus cases explode to new highs, forcing state officials to reimpose new social distancing restrictions.

KQED said, “food banks are racing to keep up with increased demand for food — and volunteers.”

One of the top food banks in the state, called Second Harvest of Silicon Valley, has “literally doubled the amount of food we’re distributing,” said CEO Leslie Bacho.

She said many of the folks picking up care packages at food banks across the Bay Area are coming for the first time. “This is a testament to how the pandemic-induced economic crisis is disproportionately impacting low-wage workers,” she added.

“We are seeing so many people who are already just living on the edge, having to then burn through their savings,” Bacho said. “More than half the people we’re serving now have never sought food assistance before.”

Someone named “Gabriel” sent Second Harvest of Silicon Valley a donation of around $1,300 – the letter Gabriel received from the food bank outlines the dire situation playing out in the Bay Area.

With president-elect Joe Biden calling for 4 to 6-week lockdowns as coronavirus winter fast approaches, the jobless rate could soon start rising again as a double-dip recession could be nearing.

Despite trillions of dollars in stimulus, mainly for corporate elites and capital markets – the hundreds of thousands of San Franciscans depended on local area food banks is absolutely disturbing.

To sum up, America’s socio-economic implosion is far from over as the second wave of the virus could result in a double-dip recession.