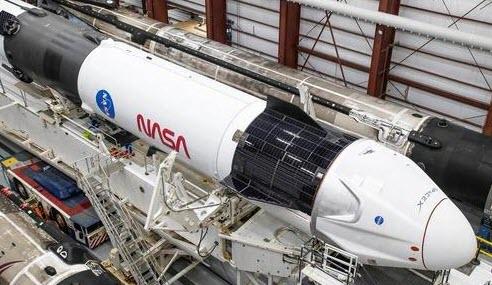 
NASA has officially certified the first privately owned commercial spacecraft system capable of transporting humans to and from the International Space Station. In an announcement released on Tuesday, NASA said it “completed the signing of the Human Rating Certification Plan Tuesday for SpaceX’s crew transportation system after a thorough Flight Readiness Review ahead the agency’s SpaceX Crew-1 mission with astronauts to the space station.”

NASA Administrator Jim Bridenstine commented: “I’m extremely proud to say we are returning regular human spaceflight launches to American soil on an American rocket and spacecraft. This certification milestone is an incredible achievement from NASA and SpaceX that highlights the progress we can make working together with commercial industry.”

The Crew Dragon, including the Falcon 9 rocket and associated ground systems, are the first to be certified for regular flights with astronauts, the release says, since the space shuttle almost 4 decades ago. We have covered some of the testing that needed to be done ahead of this certification, including when SpaceX sent astronauts up during the DEMO-2 mission in May 2020.

Kathy Lueders, associate administrator for NASA’s Human Exploration and Operation Mission Directorate said: “Today’s signing is about the people across NASA, SpaceX and other groups that came together to complete an unbelievable amount of hard work to accomplish this task.”

She continued: “Certification moves us from the design and test phase into the crew rotation phase of our work, but we will not stop making sure every flight, including NASA’s Space Crew-1 mission, will be approached with the same rigor we have put into making this the best system it can be for our astronauts.”

SpaceX Chief Engineer Elon Musk commented: “Thank you to NASA for their continued support of SpaceX and partnership in achieving this goal. I could not be more proud of everyone at SpaceX and all of our suppliers who worked incredibly hard to develop, test, and fly the first commercial human spaceflight system in history to be certified by NASA. This is a great honor that inspires confidence in our endeavor to return to the Moon, travel to Mars, and ultimately help humanity become multi-planetary.”

“We are truly in the beginning of a new era of human spaceflight.”

You can watch NASA’s “hype video” for the announcement here: