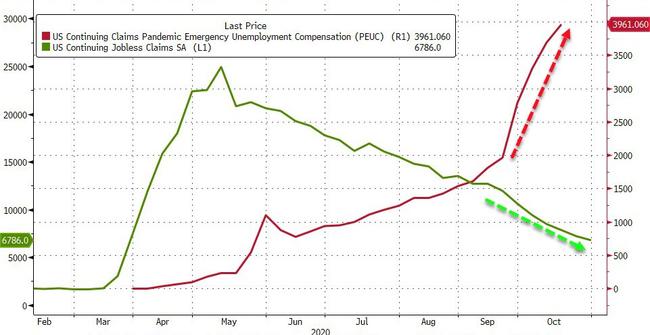 
709,000 Americans filed for first-time unemployment benefits last week, better than the expected 731k and and a big drop from the prior week’s revised 757k print. This is the

However, as initial and continuing claims have ‘improved’, the jobless have rolled off the regular benefits into Pandemic-specific benefits…

Which, in total, shows over 20 million Americans are still claiming unemployment benefits…

And if a Biden administration is about to lock the entire nation down for up to six weeks, expect that number to soar even higher!