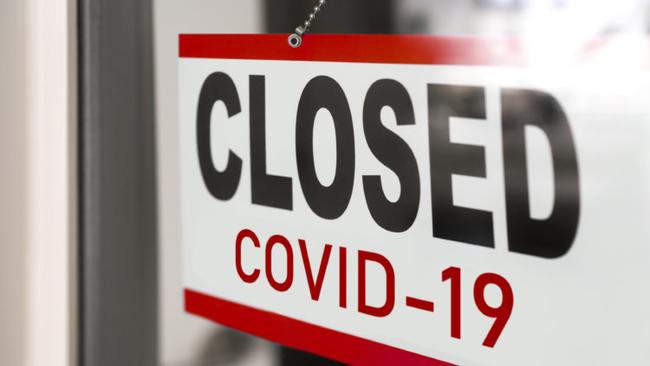 
A quick recap on where we stand: the sharp rebound in US daily cases continues, with new infections topping 144,000 yesterday, up from 131,000 the previous day. The 7-day average is 125,000, up from a low of 34,000 two months ago. The week-on-week growth in US cases has re-accelerated to 40%, up from 20% last week. The Midwest continues to be the most affected region with Illinois (at 9,830) and Wisconsin (5,920) reporting the highest 7-day average in new cases among US states alongside Texas (7,960). However, the breadth of the virus spread is widening, with all states having seen new daily cases rise over the past week amid signs that the virus is resurging in US cities after mostly hitting rural areas over previous months. Daily death cases have reached its peak since August, at 1.1k yesterday.

So far, the policy response has been limited and local. Yesterday, Ohio strengthened mask rules, threatening to close businesses that don’t follow the rules. Over the past week, numerous state governors warned that new mandatory measures might be required if cases continue rising. Some, including the governors of North Carolina, Iowa and Indiana, have imposed new measures in all or part of their states, often focused on indoor gatherings. In New York, private indoor and outdoor gatherings will now be limited to 10 people, while bars and restaurants must close at 10pm.

In short, we are creeping slowly but surely toward what appears to be another nationwide lockdown, especially if Biden is in the White House. As confirmation of that, we remind you what Dr. Michael Osterholm, who serves as director of the Center of Infectious Disease Research and Policy at the University of Minnesota, and who is Biden’s “science advisor”, said yesterday. Speaking to Yahoo Finance, Osterholm said that “a nationwide lockdown would drive the number of new cases and hospitalizations down to manageable levels while the world awaits a vaccine.”

“We could pay for a package right now to cover all of the wages, lost wages for individual workers for losses to small companies to medium-sized companies or city, state, county governments. We could do all of that,” he said. “If we did that, then we could lockdown for four-to-six weeks.”

As a reminder, we note that this is the same ‘scientist’ who co-wrote an op-ed with Minneapolis Federal Reserve President Neel Kashkari in which the two argued for more restrictive and uniform lockdowns across the nation.

“The problem with the March-to-May lockdown was that it was not uniformly stringent across the country. For example, Minnesota deemed 78 percent of its workers essential,” they wrote in the New York Times.

“To be effective, the lockdown has to be as comprehensive and strict as possible.”

In other words – Obey! Or the economy gets it… Again!

There is just one problem with a Fed president setting health policy for the US: it is absolutely idiotic. Why? Because the real ‘science’ where falsifiable experiments are undergone, and where assumptions can be tested in the real world, results noted, and theses concluded – shows that lockdowns do not work.

As we detailed yesterday in a surprising report out of JPMorgan, the bank found no meaningful curve development differences between countries with and without strong curve intervention.

This makes the bank question if existing public health intervention (i.e., lockdown/ stricter social distancing) should remain in place next year, and leads JPM to conclude that “public health policy should consider approaches biased towards economic/pubic mental health over the urge to close the curve in 2021.“

This outcome suggest that COVID-19 follows a similar diffusion and development process of other infectious diseases with certain life cycles. Therefore, JPMorgan would argue that public health policy should consider a bit more biased approach on economic/pubic mental health over the aim to close the infection curve in 2021 as lockdowns could be costly to the economy.

And just in case you shrug off JPMorgan’s ‘scientific’ findings, a recent study in The Lancet (yes, that scientific journal) found no correlation whatsoever between severity of lockdown and number of covid deaths. And they didn’t find any correlation between border closures and covid deaths either. And there was no correlation between mass testing and covid deaths either, for that matter. Basically, nothing that various world governments have done to combat covid seems to have had any effect whatsoever on the number of deaths.

However, in a world where the Fed is now in charge of “fixing” global warming, where central bankers set health policy, it will hardly come as a surprise that in the latest politicization of finance, a feud has broken out on Wall Street between two banks: one which argues that lockdowns don’t work, the other claiming that mere curfews are insufficient to halt the spread of covid and another nationwide lockdown is urgently needed.

We are talking about JPMorgan, on one hand, which as we reported yesterday found that there are no benefits from lockdowns, and instead the bank recommended that “keeping public activities open and tracing susceptible people leveraging technology looks to have better risk reward to us.”

And while even a recent scientific study in the Lancet confirmed as much, finding no correlation whatsoever between severity of lockdown and number of covid deaths, today another bank has stepped into this political feud: in a note from Bank of America’s Ethan Harris (an economist, not a virologist), the Wall Street strategist writes that while curfews are necessary to halt the spread of covid, they are not sufficient, and wholesale, nationwide lockdowns should be implemented:

As Harris writes (from the comfort of his home, where he is paid to sit before a computer and propose hypothetical scenarios whose practical outcomes could devastate millions of lives) “curfews have become a popular policy response to the pandemic. Many cities in Europe implemented curfews in recent weeks. Yesterday New York State followed suit: bars, restaurants and gyms must close by 10pm.” Harris argues that :

Harris then rhetorically asks “why impose a curfew” and answers with three reasons:

“Unfortunately,” BofA sees three reasons why curfews might not be very effective at slowing the spread of the virus or limiting economic damage:

But wait a minute, we thought that all of Europe’s problems would be fixed because people wear masks, similar to what Joe Biden wants to mandate in the US. Apparently not.

Right, and to avoid some “risks” of staying open best to just shut them down altogether and eliminate all risks. Of course, millions of small businesses would go out of business almost instantly but for career economists that’s merely a statistic.

So what is BofA’s suggestion? Why precisely the opposite of what JPMorgan recommended: full-blown shutdowns.

Given the speed of the outbreak and the limited efficacy of curfews, we worry that stricter restrictions are inevitable. Curfews might simply be delaying measures such as gym and hair salon closures, and bans on indoor (and perhaps even outdoor) dining. We understand the hesitation to take these measures: many businesses did not survive the first round of shutdowns in the spring, and additional closures could be economically devastating. They also might not be politically popular, given  growing social distancing fatigue. But delayed action might ultimately necessitate stricter and longer-lasting measures. The result is a worse economic and public health outcome.

So… regardless of the “devastating” economic and personal cost, it’s time to boldly go where the US went before in March (and resulted in a record multi-trillion bailout of the economy by the Fed and Congress) because apparently once you shut down and reopen in a few months, there will never again be break outs like those the US experienced after it emerged from its post-March lockdown. Oh wait…

In any case, while the political aspect of shutdowns in the fight to contain the pandemic may have determined the outcome of the presidential election where candidate Biden claimed to somehow have a comprehensive plan to “kill the virus” and which apparently revolves around just wearing a mask (and just waiting for the right moment to shutdown the economy again for another 4-6 weeks), we find it amusing that it is now also tearing Wall Street in two, with some analysts urging lockdowns as inevitable, while others slam this idea as too myopic when considering the far greater social and economic costs that would be unleashed if the US economy goes into lockdown for a second time.

One thing that is clear is which of these two alternatives the top 0.1% of US society is rooting for: after all, in the past 6 months, the net worth of US billionaires exploded thanks to the surge in stocks resulting from the Fed’s “bailout of main street.” As such, if the US does indeed undergo yet another lockdown, it is absolutely certain that the already staggering wealth gap between the top 0.1% and the bottom 99% will grow even wider.