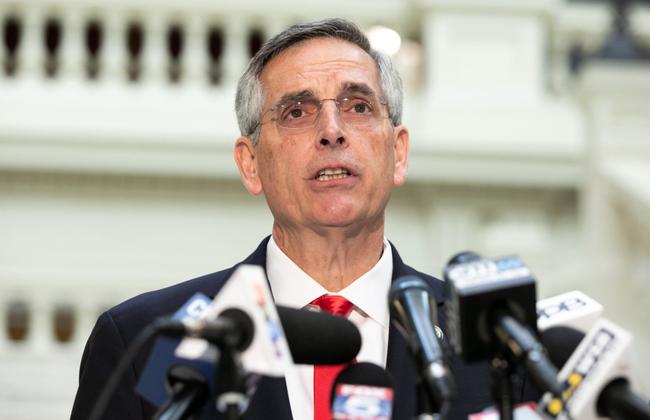 
As President Trump and his campaign file lawsuits in Michigan giving the “false narrative” that President Trump may have won (or at the very least hasn’t yet conclusively lost) the Nov. 3 vote after all, the Secretary of State in Georgia has just announced that there will be a hand recount of all votes.

BREAKING: Georgia Secretary of State about to announce that they will conduct a HAND RECOUNT of the presidential race.

The decision isn’t unexpected,Georgia Secretary of State Brad Raffensperger warned reporters last week that the state would likely conduct a recount given the razor-thin margin between former Vice President Joe Biden and President Trump. He again pledged that a

At last check, Joe Biden has only just edged ahead of President Trump in the Peach state.

It’s just the latest reminder that the MSM may have jumped the gun in declaring GOP questions about the count to be completely baseless, like the NYT reported on its front page.

Maybe it is, in fact, the other way around?

You are being brainwashed to accept the results of the election as fair. You will be told that only bad people are skeptical in this situation, and that you will be held to account for doubting.

Whatever the result may be, it’s still worth noting if only to point out that America’s fuzzy feelings of certitude, which have been credited to a degree for helping propel markets higher in the wake of the election, might be misplaced.