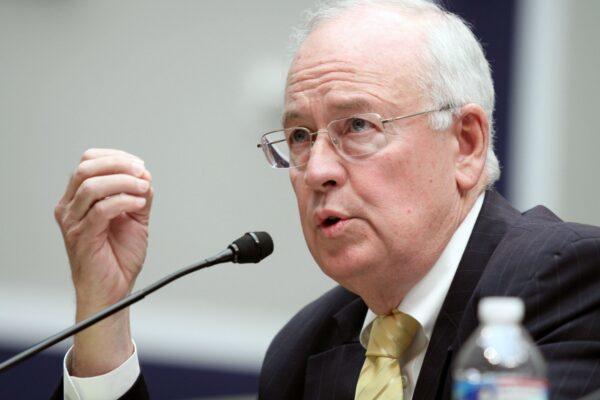 
Authored by Simon Veazey via The Epoch Times,

Former independent counsel Ken Starr has described the Pennsylvania Supreme Court decision to allow late-arrival mail-in ballots as a “constitutional travesty,” saying that only the state legislature has the authority granted by the Constitution to set such terms.

Starr, a former circuit judge and former solicitor general of the United States, told Fox News’ “Life Liberty and Levin” that he believes the federal Supreme Court would now “do its duty.”

The federal Supreme Court last month declined a plea to suspend the decision by the state Supreme Court prior to the election and is currently considering a petition to review the merits of the case.

Starr said that the actions of the Pennsylvania court in allowing mail-in ballots that arrive after Election Day contradicted the demands of the Constitution which bestows only state legislatures with the right to set the terms for gifting their electoral college votes, not courts.

The Democratic Party filed a lawsuit against the Pennsylvania Secretary of the Commonwealth, and all 67 county boards after the state legislature rejected proposals by Gov. Tom Wolf on the processing of ballots. The Pennsylvania Supreme Court, which has a 5-2 Democratic majority, ruled on Sept. 17 in their favor, saying that election officials can accept all mail-in ballots, including absentee ballots, up to three days after the election.

“What happened in Pennsylvania over these recent weeks is a constitutional travesty,” said Starr.

“Governor Wolf tries to get his reforms, his vision—as he was entitled to do—through the legislature of the Commonwealth of Pennsylvania. He failed. He then goes to the state Supreme Court, which by a divided vote, accepted the substance of what Governor Wolf was doing, and then added thereon nooks and crannies as well.”

Starr was one of the lawyers to represent Trump during impeachment hearings. He also headed the Whitewater investigation into then-President Bill Clinton. Starr says that the words of the Constitution, “Each State shall appoint, in such Manner as the Legislature thereof may direct, a Number of Electors,” make clear that only the state legislature can set such terms of the election.

“What the state Supreme Court did was utterly unconstitutional, so it’s a lawless act,” he said. “At this stage, the Supreme Court has a solemn duty—in light of the nature of the issue and the stakes at hand—to take the case.”

Starr said he agreed that the Pennsylvania court may have disenfranchised voters.

“In fact, to count every vote may be a crime … under federal law,” he said. “It’s definitely a crime under state law, if—and here’s the keyword—illegal.”

The U.S. Supreme Court had previously rejected two requests by Republicans in this case, one to hold the state Supreme Court decision, and the other to expedite consideration of a petition to review the merits of the case.

The justice, however, did not order the counties to stop counting but instead ordered that “all such ballots, if counted, be counted separately.”

The September Pennsylvania court ruling said that ballots received on or before 5 p.m. on Nov. 6 that lack a postmark, a legible postmark, or other proof of mailing can still be counted and “will be presumed to have been mailed by Election Day unless a preponderance of the evidence demonstrates that it was mailed after Election Day.”

Last year, Pennsylvania passed legislation that opened up mail-in voting to all-comers for the first time. However, it did not offer any extension.

The state Supreme Court said in the ruling there was a risk of voters being disenfranchised due to the postal service being swamped.

Justice Max Baer, writing for the majority, in the 63-page opinion said the primary elections earlier this year were rife with threatened disenfranchisement of thousands of voters as several county election boards struggled with the unprecedented volume of mail-in ballot applications.