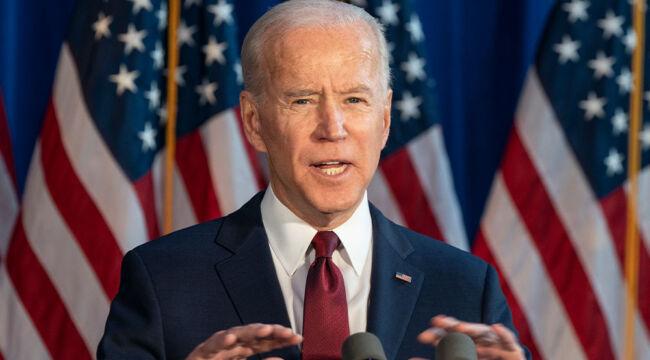 
Authored by James Rickards via The Daily Reckoning,

It’s becoming increasingly evident that Joe Biden is likely to win the election.

He’s now taken the lead in Pennsylvania, which Trump needs to win reelection. Biden’s also taken the lead in Georgia, while holding onto leads in Nevada and Arizona. It’s not over yet, but everything would have to break right for Trump if he’s to win.

He’s also issued a number of legal challenges, but they’re unlikely to overturn the results in any state.

Were there instances of voter fraud in states like Pennsylvania, Wisconsin and Michigan? It’s highly likely, but it would be very difficult to prove in court that they substantially impacted the outcome.

So it appears right now that Joe Biden will be the next president of the United States, unless Trump can somehow run the table or succeed in the courts.

Every 100 years, America gets a president who shakes the establishment and cleans out the Washington sewers. In the 1800s it was Andrew Jackson. In the 1900s it was Teddy Roosevelt. In the 2000s, it’s Donald Trump.

There is no doubt that Trump and Biden would lead America in almost opposite directions with profound consequences for the future of the country and for future elections.

If Trump had won, we would have gotten more of the same, which is saying a lot. Trump would offer more tax cuts (or at least preserve the tax cuts we’ve received). He’d offer less regulation, a major accomplishment of his first term. Trump would continue the trade war with China and expand it in ways that would move jobs back to the United States (or at least get them out of China into friendlier countries such as Vietnam and India).

He would also curtail Chinese theft of U.S. intellectual property and cut off Chinese tech investment in the United States. Trump has also stopped foreign installation of sensitive 5G telecommunications systems from Huawei and ZTE, which are hidden arms of the Chinese military.

Trump built alliances to constrain Chinese expansion efforts. His main breakthrough was the Quad Alliance of the U.S., Japan, Australia and India that effectively surrounds and can interdict China’s sea lanes to the Pacific and Indian Oceans.

Trump also made great strides toward Middle East peace with the first two Israeli-Arab peace treaties in twenty-five years – one with the UAE and one with Bahrain. Other peace treaties with Israel may have followed. Finally, Trump was imposing crippling sanctions on Iran that would have forced it to negotiate in good faith on its nuclear program or crush its economy in ways that would also impede its efforts at terrorism and nuclear weapons.

With Trump, what you see is what you get: Lower taxes, less regulation, more jobs, no new wars, peace in the Middle East, and peace through strength in confronting Iran and China.

With four more years, Trump could have accomplished his goals and perhaps be ranked among the ten most significant presidents of all time.

The Scenario Under a Biden Administration

Biden is another matter entirely. First of all, Biden is running for president in name only. He has never been that bright. He has accomplished little in his almost fifty years in public service. He is physically frail and clearly suffering acute cognitive decline.

If Joe Biden does win, he’ll be 78 years old when sworn in and 82 years old at the end of his first term. Both marks are the oldest in U.S. history for a president. Some individuals are still sharp in their late 70s. Biden is not one of them.

The result is that Biden will never be president de facto. With Trump out of the picture, Democrats wouldn’t need him anymore. Steps would be taken at some point to remove him from office on the grounds of mental incapacity under the Twenty-fifth Amendment. Nancy Pelosi recently proposed legislation to set up a commission to do just that as prescribed by the U.S. Constitution.

But while he remains in office, who will be the real president in a Biden administration?

There are three camps contending for power:

The first camp is the Biden family led by Joe Biden’s wife Dr. Jill Biden, his son Hunter Biden, and Joe Biden’s brothers Jim Biden and Frank Biden. These are the individuals who have been enriched through association with Joe Biden by using or selling access to Biden’s power to win lucrative investment management roles, consulting engagements, construction contracts and other remunerative pursuits.

The Biden family will want to keep Joe in power (with Jill Biden pulling the strings) in order to keep their shakedown operation intact and avoid scrutiny.

The second camp is led by Kamala Harris and those who control her, including the Obama crew and the Resistance. If Biden is removed under the Twenty-Fifth Amendment, Harris becomes Acting President. If Biden resigns under threat of removal, Harris becomes the president.

She would be a front for the Obamas and Valerie Jarrett who would operate through a cabinet consisting of Obama family retainers including Susan Rice, Samantha Power, Sally Yates and Eric Holder.

The third camp is led by the extreme left wing of the party including Bernie Sanders, Alexandra Ocasio-Cortez (and The Squad), Elizabeth Warren and radical organizations such as BLM. This group is already embedded in the Biden campaign as part of a deal whereby Bernie Sanders agreed to end his primary campaign and endorse Joe Biden in exchange for Biden adopting most of the Sanders platform.

The most likely outcome is that the Obama crew and the Bernie Bros will join forces and run the Biden family off the road. The Bidens will be allowed to keep their Chinese and Russian money and will not face any scrutiny or prosecution in exchange for going away quietly.

The Obama crew will take charge of foreign policy (to preserve Obama’s deals on Iran, the Paris Climate Accord and the Trans-Pacific Partnership), while the Bernie Bros will get domestic policy including much higher taxes, free healthcare, free tuition, forgiveness of student loans, guaranteed basic income, Modern Monetary Theory and the Green New Deal.

A “Blue Wave” Could Have Meant The End of Republican Power in U.S. Politics

One initiative all Democrats can agree on is radical change in U.S. governance to ensure that Republicans never take power again. This agenda means ending the Senate filibuster so the Senate can operate with a simple majority instead of the 60 votes needed today. Democrats would add Puerto Rico and D.C. as states to ensure four new Senate seats that will likely all be Democrats.

Next, Democrats would pack the Supreme Court with six new liberal Justices to wipe out the recently achieved conservative majority after the confirmation of Amy Coney Barrett. Once these changes are in place, Democrats could take further steps to eliminate the Electoral College, which means that California and New York alone will choose all future presidents.

If these governance changes were in place, the Bernie Bros’ agenda could be implemented with ease and without fear of opposition from the courts.

But, it looks like this entire agenda will be stopped in its tracks. To ram it through, Democrats would have had to take control of the Senate. With the White House, Senate and House of Representatives controlled by Democrats, Republicans would be powerless to stop them.

But, it appears that the Republicans are going to retain control of the Senate. If that holds, the Democrats’ more radical legislation will never make it out of the Senate.

One of the reasons the stock market rallied so much after the election is because it expects gridlock in Washington, meaning no punitive taxes or other policies harmful to markets.

So if Biden holds on and Republicans hold onto the Senate, you can expect a lot of bickering and a lot of gridlock. And that might not be the worst thing.