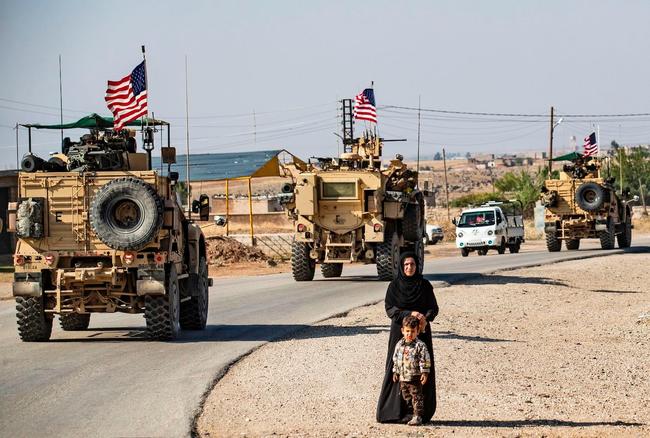 
In a breaking unconfirmed report the Syrian Arab News Agency (SANA) says that at least four American soldiers were killed when their vehicle exploded in a likely IED attack outside Markada city in Deir Ezzor on Sunday.

SANA indicated that a “security cordon” has since been placed around the entire area where the blast occurred.

Lebanon’s the Daily Star as well as Arab Gulf outlets are also reporting the attack based on Syrian state sources.

Further there are reports that US military aircraft can been seen overhead as part of the security perimeter along the roadway that links the cities of Hasaka and Deir Ezzor.

Thus far there’s been no official confirmation from US sources or the Pentagon.

Despite a significant American presence in Syria’s northeast region ostensibly to “secure the oil” as Trump has said, direct attacks on American troops has remained relatively rare.

The region in past years had a major ISIS presence before the defeat of the so-called caliphate, however, it’s believed that ISIS terror cells remain scattered across the region.