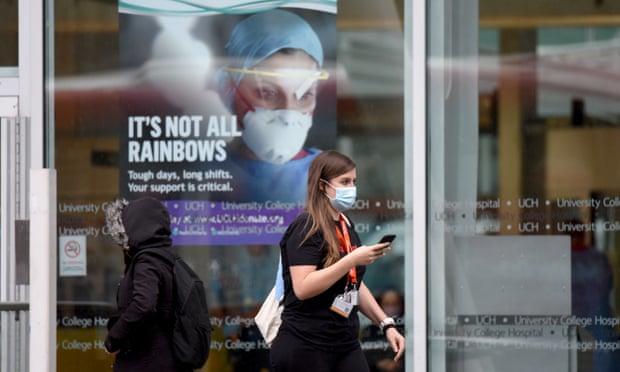 
Authored by Jonathan Sumption, op-ed via The Guardian,

Suppose there is nothing that governments can do to stop the spread of Covid-19. What then? It is not a hypothetical question, as England is discovering. “We’ve got to be humble in the face of nature,” the prime minister observed in Saturday’s Downing Street press conference. But humility learns from experience, and there was no sign of that in the measures he then went on to announce.

In my opinion, the problem with lockdowns is that they are indiscriminate, ineffective in the long term, and carry social and economic costs that outweigh their likely benefits.

Lockdowns temporarily reduce infections and associated deaths. But they do so only by deferring them to the period after they are lifted. Members of the government’s Sage group pointed this out back in February. “Measures which are too effective,” they said, “merely push all transmission to the period after they are lifted, giving a delay but no substantial reduction in either peak incidence or overall attack rate.” In the meantime, these restrictions prolong the crisis, slow down the process by which the population acquires a measure of natural immunity, and cause immeasurable collateral damage. This is what we are experiencing now.

Lockdowns are indiscriminate because they do not distinguish between different categories of people whose vulnerabilities are very different. Some are young, some old. Some have had the disease and enjoy a measure of immunity while others do not. Some live alone and are starved of company, others have their families around them. Some live in rural Cornwall, where the reproduction rate is low, others in Liverpool, where it is high.

Allowing people to make their own judgments, tailored to their own circumstances and those of the people around them, is not only a more humane and rational response to the pandemic. It also directs resources to where they are actually needed. Instead, ministers treat the entire population as an undifferentiated mass. This one-size-fits-all approach is irrational.

The result is to inflict an appalling injustice on the young, who are unlikely to become seriously ill but are bearing almost all the burden of the counter-measures. The average age at which people die with Covid-19 is over 82. As of 3 November, the Office for National Statistics reports that 49,420 out of 55,311 deaths involving Covid-19 were among people aged 65 or older. The risk of death for young people is very small. They are not the ones who are filling NHS beds. Yet their job prospects are being snuffed out. The spectacle of bright engineering graduates and talented musicians forced into unemployment, or to take jobs in which their training will go to waste, is a savage indictment of current policies.

It is the old and vulnerable whom we should be protecting from the virus. Care homes should be better managed and resourced. Older people who live outside such institutions may shield themselves from infection, if they choose to, though some may prefer to take the risk. But the young and healthy should not be deprived of the ability to live fulfilling and productive lives simply to spare the old and vulnerable from taking precautions for their own safety. The lower proportion of positive test results from older people since the summer suggests that many of them are already doing so.

Today’s argument is that a lockdown is necessary to protect the NHS from being overwhelmed. Unfortunately there is a real issue of trust here. The government has declined to immediately publish the Sage papers that informed its decision. Serious scientists have challenged their figures. Ministers are relying on models that have a record of overstatement. The models that have informed their latest decision are based on apparently arbitrary and unexplained “worst-case” assumptions.

Modelling provides a conceptual framework for decision-making. It is not evidence and is not a forecasting tool, as Sage’s modellers never tire of saying. If you want to take away people’s right to make their own decisions about their health, you need convincing evidence. It cannot be enough to say that if the worse comes to the worst, it might turn out to be a good idea.

Even if the threat to the NHS is a real one, it cannot be the only factor or even the main one. We have to balance the risks of rising case numbers against the devastating effects of the lockdown itself.

The victims of lockdowns are the young, the poor, the badly housed and the precariously employed. They are children living in poverty and insecurity. They are couples falling apart amid the pressures of confinement and the threat of violence. They are people struggling with loneliness and mental illness. There are millions of them. Poverty, depression, loneliness and insecurity all kill. And when they do not kill, they maim. Many will feel the effects for years.

Scientists advise on science, statisticians on numbers. But what weight should be given to this material, when the humane values of our society and the preservation of its economic and social fabric are placed on the other side of the scales? This is not a scientific question. It is a political one. And therein lies the problem. Politicians rarely ask what is in the public interest. They ask what will they be blamed for.

The result is that the whole issue is distorted by concentrating on what is visible, dramatic and immediate: deaths, frantic hospitals, frightened people. The collateral consequences, however severe, do not have the same media impact or political weight. The politicians think that the public will overlook the blighted careers, mental illness, bankruptcies, joblessness and destitution. They are less direct, less immediate and sometimes less measurable. The terrible thing is that they may have judged public opinion well. Sometimes it takes courage to do the right thing.

Jonathan Sumption is an author and former senior judge. He sat on the supreme court in the UK between 2012 and 2018, and gave the BBC’s Reith lectures in 2019