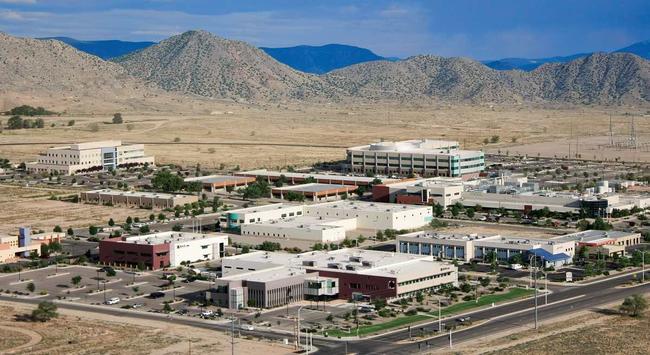 
The US Air Force recently announced the opening of a new high-tech lab which it says will be used by the recently established Space Force (USSF) to test advanced materials and designs for space vehicles such as satellites and spacecraft.

The new lab facility is located at Kirtland Air Force Base in New Mexico and is called Deployable Structures Laboratory (DeSel):

“I’m excited to have a facility that was specifically built for testing novel deployable space structures,” the chief of the lab’s Integrated Structural Systems team Benjamin Urioste announced Monday.

“With the push towards hybrid architecture and smaller satellites, high packing efficiency structures and the ability to bring large satellite capability to small satellites is more important than ever,” Urioste added.

Further according to the press release:

US rival powers like Russia have recently accused Washington of seeking to “weaponize the moon” and triggering a space arms race.

The new @AFresearchlab Deployable Structures Laboratory at @KIRTLAND377ABW will be used for testing novel deployable space structures in support of both @usairforce & @SpaceForceDoD R&D efforts. #spacehttps://t.co/rTioOx2C6Q

Space Force’s official doctrine according to its founding NASA and DoD memos include responsibilities of “developing military space systems and doctrine, as well as presenting space forces to support the warfighting Combatant Commands.”

The new lab where experimental technologies will be developed was constructed at a bargain $4 million, and began in December 2019.

Among the projects it’s expected to assist on includes work on eight “wide field of view” ballistic missile early warning satellites that primarily SpaceX and L3Harris Technologies will be building after they were awarded huge contracts in July.